The Hidden Imagery of Language: Art by Krasimira Dimtchevska 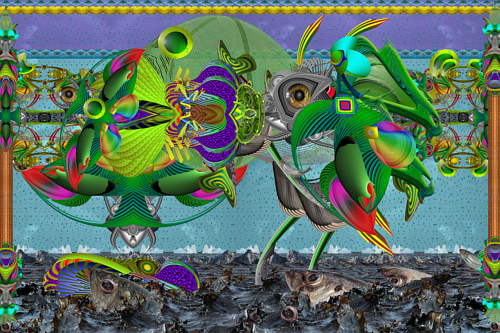 Life has Many Symptoms, digital print

Today’s featured artist is Krasimira Dimtchevska! Krasimira holds a Master’s degree of Arts from the Warsaw Academy of Fine Art in Poland, and has been creating work based on the hidden imagery of language for the past several decades. 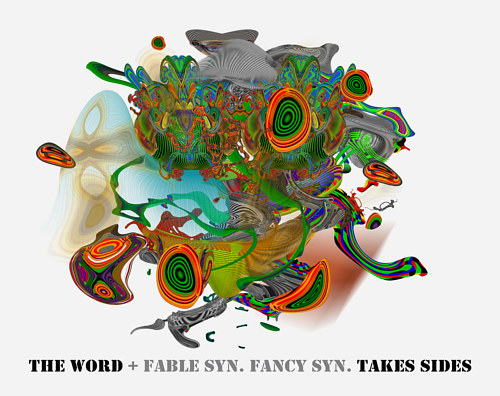 I am really entranced by the artist’s method of working – she has devised a patented and unique system of taking a linguistic sentence, breaking it down into a pattern, and encoding it into a visual format. The results are complex and otherworldly, featuring bright, digitized tones of deep blue and green, as well as abstracted forms that appear to be at once human, animal and technological. Her digital works are reminiscent of the explorations of Melissa Ann Lambert. 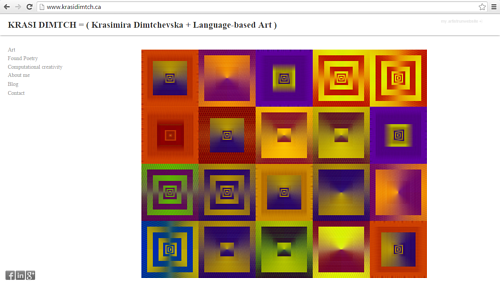 According to Karsimira’s description, the images in her most recent series, Artist Cheat Death, are composed of “visual fragments encoding the sequence of synonyms from which their titles have been derived.” These works are presented as undulating forms on blank backgrounds, with code-like text running below them as an explanation for their existence. 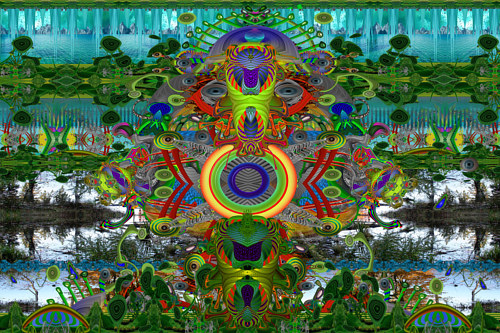