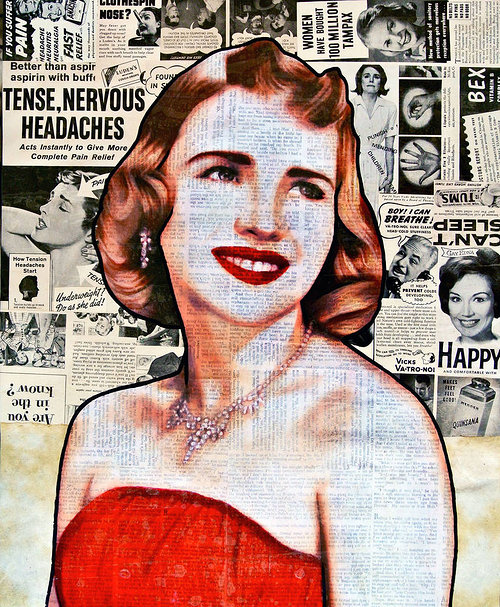 Denver, Colorado born artist Annie Terrazzo creates artworks out of materials that many of us would just as easily throw away. This detritus art is both visually engaging, and thought provoking. Much of Annie's work uses newspaper as a medium and a surface, and creates an interesing dialogue about the fate of the printed word in an increasingly digitized world. These newspapers and magazines have become trash in their own way, and Annie makes an artistic practice out of transforming them into new and beautiful mixed media works. 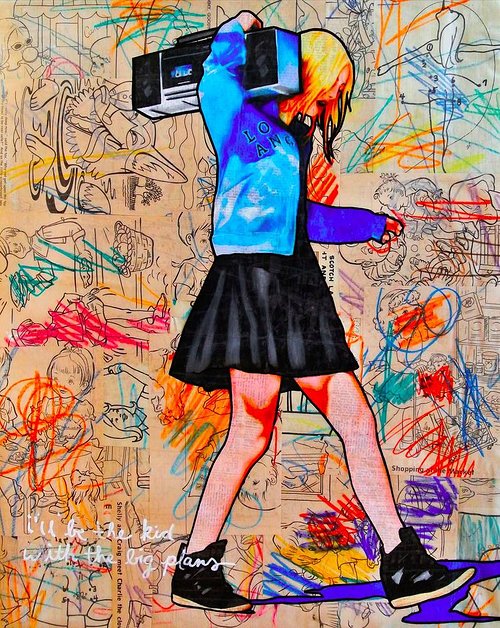 I'll Be The Kid With The Big Plans, mixed media

The subjects of Annie's works have a certain darkly humourous quality, with references to vintage pop culture bleeding out of the newspaper pages and into the figures themselves. I love the visual contrast of tight blocks of newspaper text overlayed with bright, heavily shadowed images of the sorts of people one might find in magazine advertisements. Explore Annie's artist website to join the celebration of trashy pop culture. 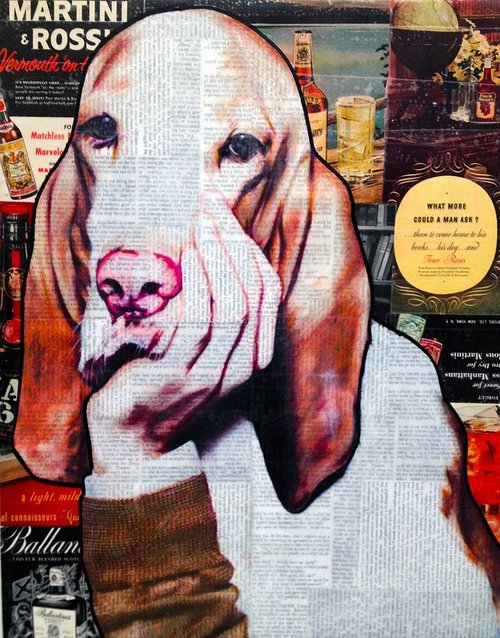 You Old Dog You, mixed media