Man-made Objects in Nature: Painting by David B. Scott 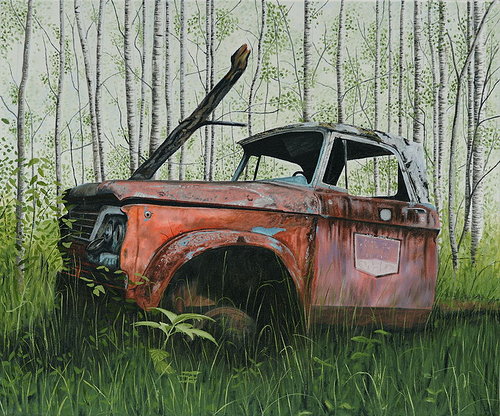 Lost and Found, oil on canvas

Today we’ll take a close look at the artwork of David B. Scott. David is highly skilled in photorealistic painting, choosing an interesting array of subject matter that seems to express the decay of man-made objects in nature. 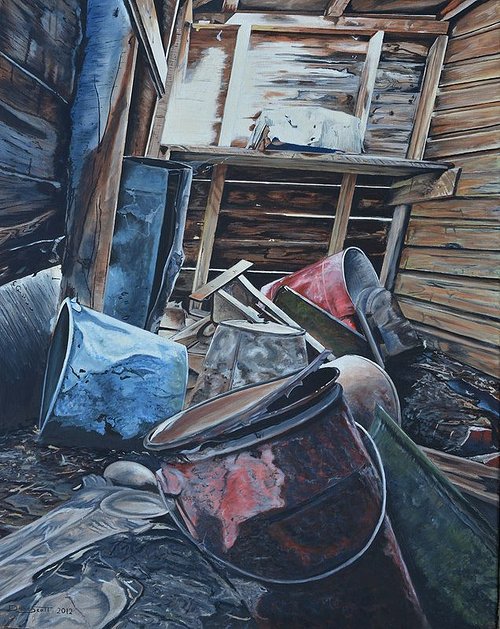 A number of David’s paintings are of rusted shells of old trucks that have been left out in fields or wooded, rural areas to slowly degrade. There is a sense of nostalgia in these, a kind of sadness in seeing what has become of vehicles that once carried families or workers on farmland. In another series, David documents an abandoned farmhouse, his works taking the form of a series of scenes of the interior of the house. Partially still furnished, partly being devoured by invading trees and wildlife, David’s dimly-lit paintings allow the viewer to explore the house as it is overtaken by its surroundings.

David’s portfolio at www.fineartbydavidscott.com is packed with these as well as his most recent artworks, where he experiments with animal forms. 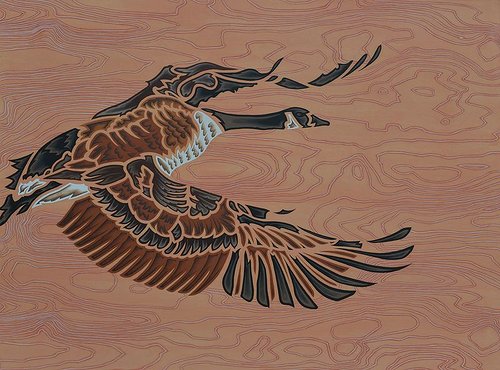