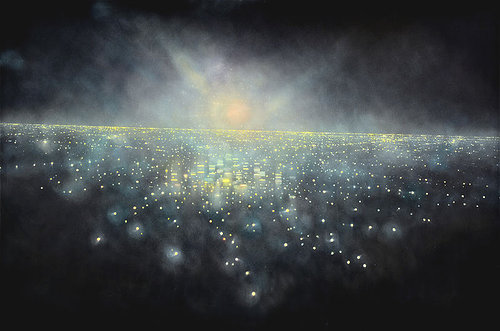 Dennis Ekstedt is an artist from Montreal who uses his painting practice to explore the image of cities at night, and the vast expanse of tiny lights that now comprise a landscape from above.

If you’ve ever arrived in a city by airplane at night, you’re probably familiar with the sort of scene that Dennis paints. I love how perfectly he manages to capture such a scene, despite the relatively simple forms that comprise his paintings, and the lack of specificity about what city, if any, each image is supposed to emulate. I prefer to think that Dennis simply paints the idea of a city at night, a ghost-like reflection of many memories of many different cities viewed under the same circumstance.

On his portfolio at www.dennisekstedt.com, Dennis provides a comprehensive collection of his paintings from 1999 up to his most recent 2014 works. I like being able to see the progression of different techniques, in combination with his dedication to the same subject matter. 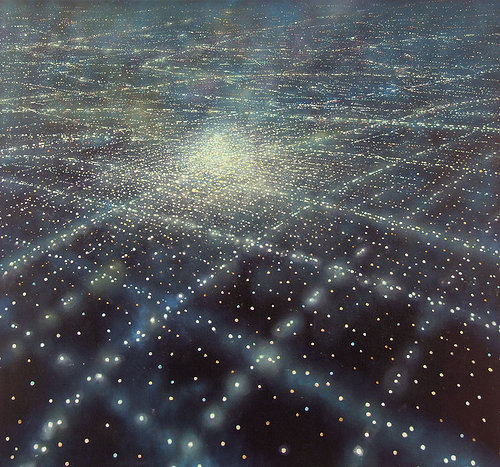