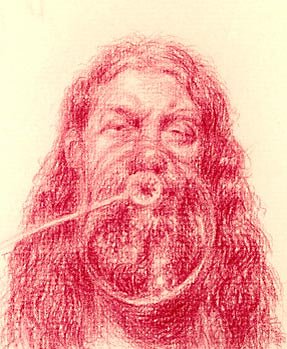 Based in Vancouver, BC, Stephen Shearer is an artist who works in the traditional mediums of painting, drawing, photography and collage. He began his artistic career among the artists now associated with the Vancouver School of photo-conceptualism, and while he is not directly affiliated with them, their influence is palpable in his practice. 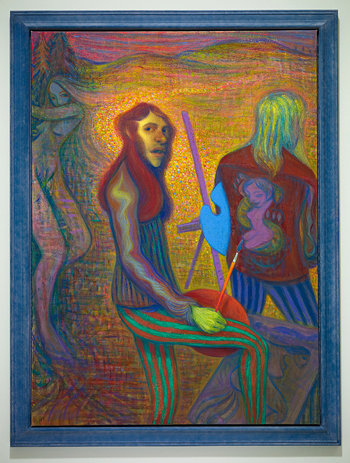 Shearer is most noted for making work that explores themes of youthful alienation and aggression. His work is certainly the type of art that seems to come from an emotional place rather than one of calculation or reference. Heavy metal music is a running theme throughout much of Shearer’s practice, and a metal-appreciator myself I really like the way he uses metal symbolism and lyrics as well as portraits of stereotypical metal fans to both reinforce a cohesive, mythical image, as well as subvert the idea that metal is purely about anger and aggression, or without a cause. He brings a human face, compassionate if mislead, to an idea that is sometimes shrouded in darkness. 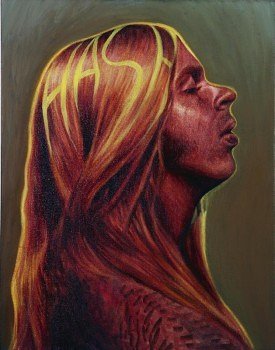