Cézanne: A Painter Until The End 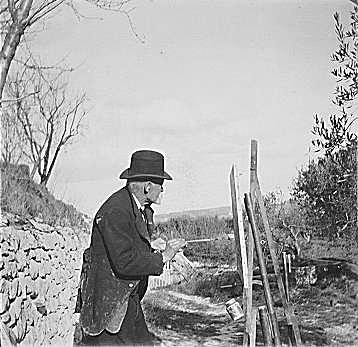 Pictures of Paul Cézanne at work are rare. He didn’t like people around when he was painting.
Here we see him up the hill near his Les Lauves studio, at a vantage point offering superb views of his beloved Mont Sainte Victoire. It was up there, in the autumn of the same year that this picture was made, that he got caught in a rainstorm and was taken home unconscious in a laundry cart. The next day his condition worsened and he died of pleurisy six days later, during the night of 22-23 October.

"I have sworn to die painting," he had written only a few days earlier.