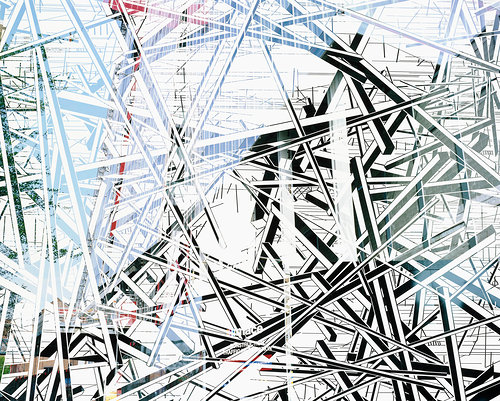 Check out these amazing works of physical photo-manipulation by Richard Galpin! Galpin is a British artist who uses photographs as a base medium in his artworks, but takes the medium much further than we might be used to seeing. He is most well known for his works where he used a scalpel to cut photographs into thin strips, rearranging them into completely new images. 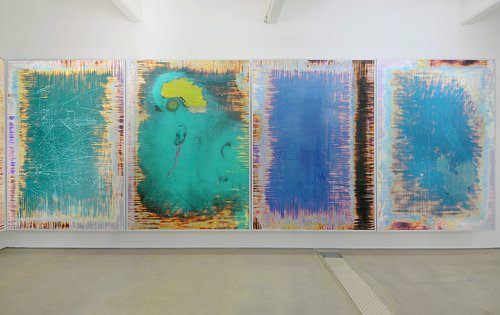 Galpin’s scalpel works are barely recognizable as photographs, something that I find fascinating looking at them. I like that this artist uses a finished product as his medium - particularly the fact that these aren’t simply found photographs, but rather photographs that Galpin himself has taken. It creates a really interesting back story to each work, and a mystery as the viewer wonders what the original might have looked like even while appreciating the geometric, structured form of the new cut piece.

Galpin recently held an exhibition at the Hales Gallery in London, where he is displayed a series of large-scale photos that had been sanded and painted, creating a similar mystery around the work but with a different method. 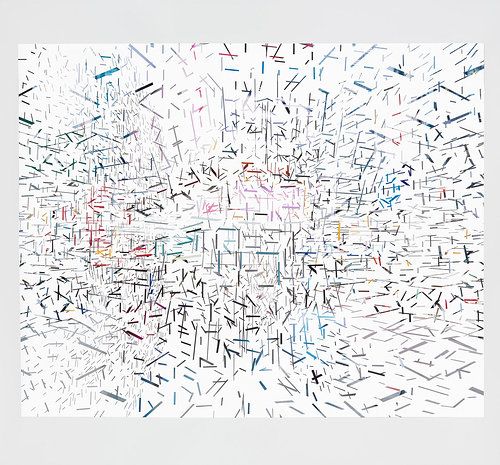