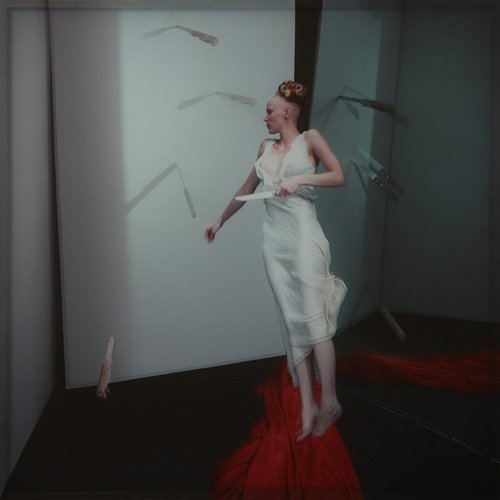 I really like the way Morawetz’s artworks use a layering technique, including printing on both photographic paper, and translucent fabrics, that creates a multi-dimensional image out of several pictures which are so translucent and ethereal that they have the feeling of imprints left on the inside of one’s eyelids after looking into bright sunlight. The use of figures gives them an iconic feel, like modern-day interpretations of religious artworks of the past. In some images, the artist dials up the creepy factor, using black and white photography techniques and old-fashioned objects or clothing for models, creating pictures that are reminiscent of ancient photographs found in the attic of a haunted house.

Morawetz shows in galleries in Paris and internationally, having studied and worked in Switzerland, Poland, and Venezuela. 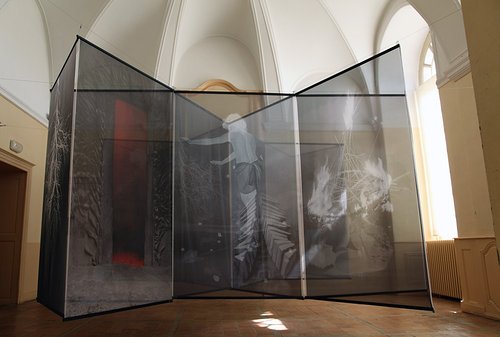 The World Far From The World, pigment print on tulle