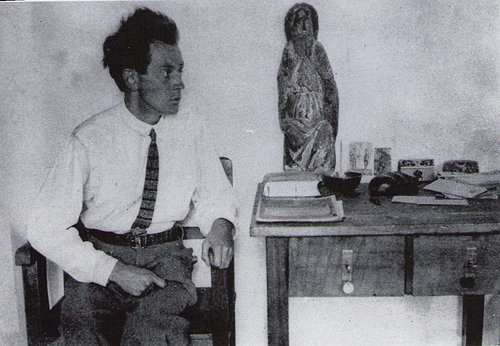 It’s Studio Sunday again! Today we’re taking a look inside the studio space of Egon Schiele. Schiele was an Austrian artist who lived and worked in the 19th century, enjoying a well-followed and highly controversial artistic career before his death in 1890.

Schiele’s works were highly illustrative, and mostly done on paper. He would have done a lot of his work sitting at a desk – probably the one pictured in the above image. As well as producing drawings and paintings from models, Schiele produced a great number of self-portraits over the course of his career. The full-length mirror seen in the bottom photo would have certainly come in handy for such endeavors. From what else is visible in these photos, it seems like the rest of the studio is simple and uncluttered. There isn’t anything on the walls – so if Schiele did have a collection of images for inspiration or reference they must have been in books or kept in drawers. In his artwork he stuck to his figures and nothing else, so it can be assumed that he would need to no reference material aside from his model.

While something of an underachiever in academia, Schiele was an artistic prodigy and caught the eye of Gustav Klimt at a young age. Klimt took Schiele under his wing and helped the young Schiele to be included in art shows and sell work. At the time, many people found Schiele’s stark, angular depictions of nude bodies to be disturbing or too overtly sexual. These works, however, continue to enjoy popularity in the art world to this day. 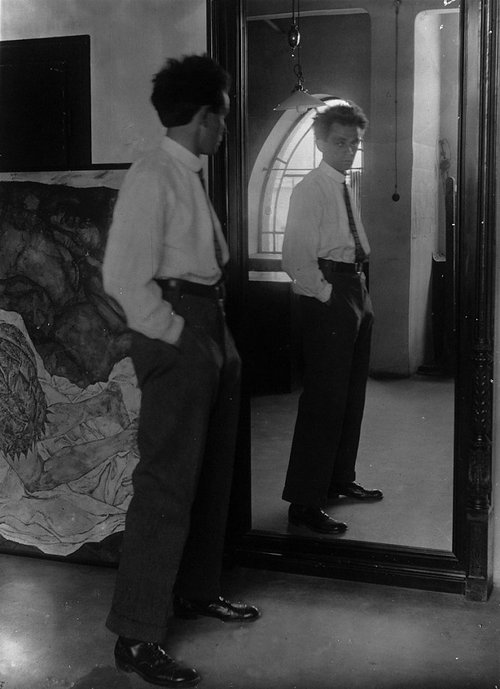