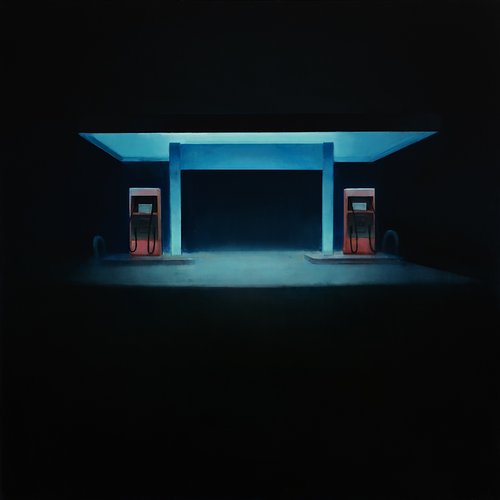 Introduction to the Pump, oil on canvas

Trevor Young’s quiet night time paintings express a view of modern life that isn’t often seen, or only seen by those who happen to wander about at night. The artist’s images of, in particular, deserted gas stations in the middle of the night, are strangely nostalgic for me, and while they have the potential to seem menacing or creepy, in fact they seem peaceful, and the deserted nature of the scenes only enforces the idea that every person must be asleep and dreaming. 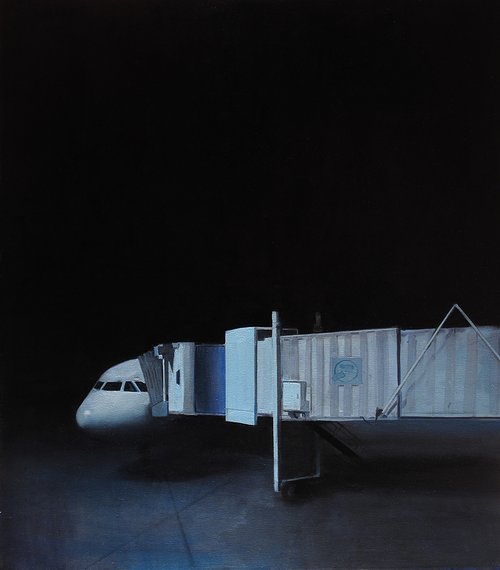 The way Young suspends his structures on backgrounds of black and deep blue makes them seem all the more dream-like, and some of them could be shipwrecks in the deepest parts of the ocean. I find this technique a really interesting way of building isolation around objects that would normally be quite mundane, drawing out their beauty by removing them almost entirely from their context.

Young also paints airplanes and airport scenes, which have an equal degree of loneliness – despite the bustle often associated with airports, no human figures ever appear in his scenes, making the viewer feel like the last person on earth. 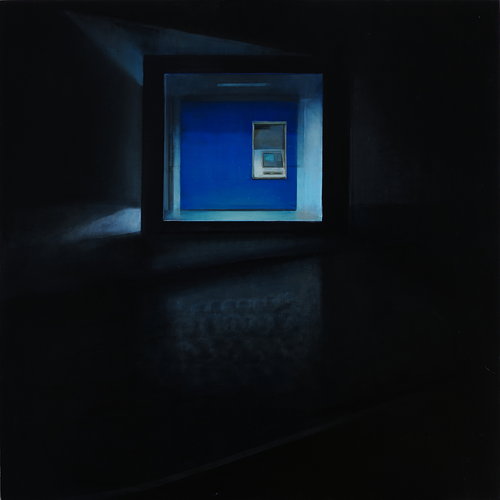