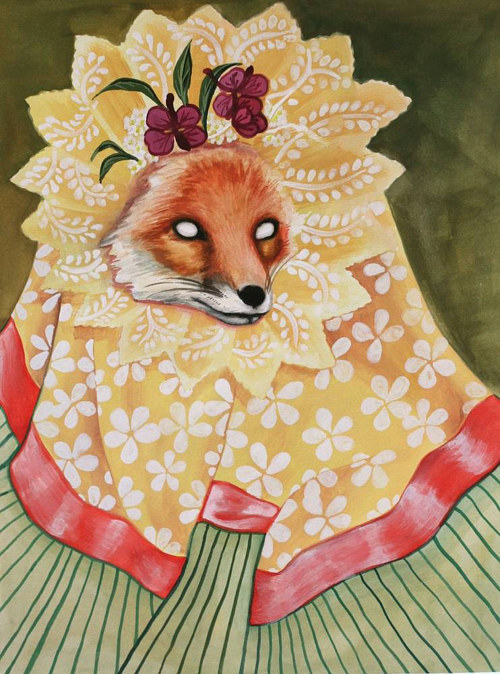 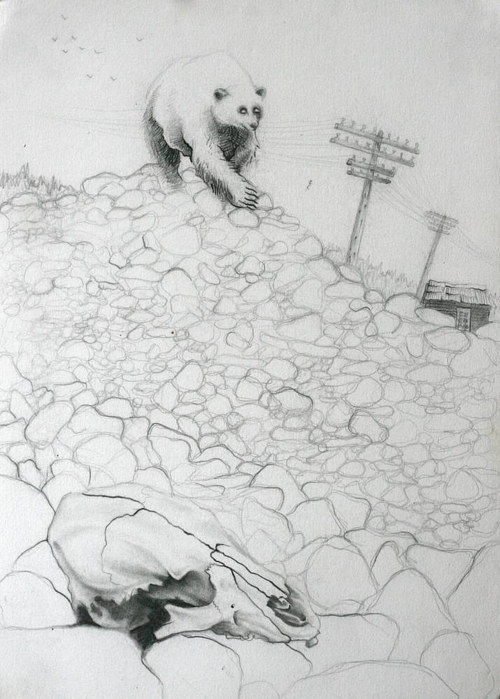 The shadow of death seems to feature in a lot of these images – bones, skulls and other signs of decay frequently appear in the backgrounds of her portraits. The portraits themselves are often drawn in a simple, sketchy style with just pencils or charcoal. Sometimes the face of the figure is fully shaded while the rest of the body or background devolves into simpler line art before disappearing altogether. I’m fond of Rachael’s omission of the eyes of many of her subjects, which adds a ghostly mystique to the portraits. 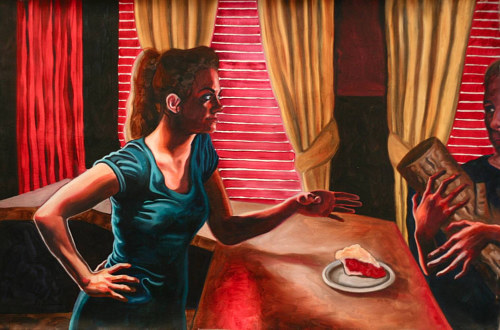 Not What They Seem, oil on canvas

Rachael’s watercolours are really amazing, and she manages to draw a fantastic amount of colour saturation and detail from the medium. Many of her works also contain awesome pop-culture references, such as paintings that include characters and settings from Twin Peaks. 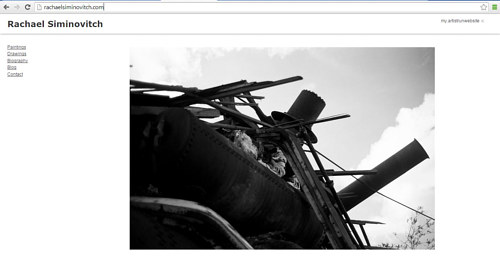