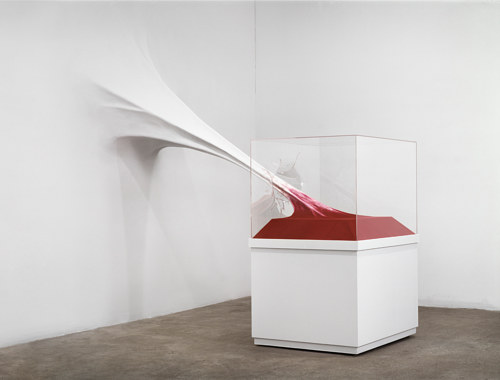 Sculptor John von Bergen’s recent practice involves strange, fluid forms and partially coloured objects. Some of his work’s seem to be actively attempting to escape the gallery space – or in some cases, infiltrate it.

Von Bergen also has a propensity for creating interest in the mundane. His Sentimental… series places seemingly random objects, all painted in a uniform ash grey, on stark white pedestals. Separated from their usual environments and isolated they become like symbols of objects or dream-like memory fragments. 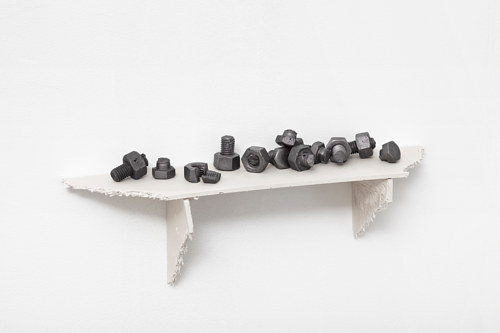 I also find von Bergen’s Chronic series quite interesting. Using a mixture of plaster and gypsum sculpting materials and a coat of rust paint and graphite, he creates forms that seem to undergo a chemical change at their middle point, changing from white gallery drywall to rusted industrial steel. This idea of unexpected physicality is a fascinating running theme in much of Jon’s sculpture.