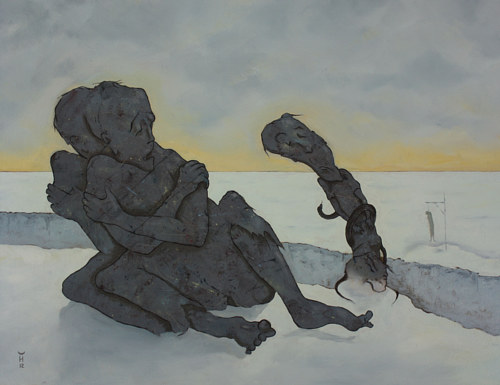 Inside Shadow, oil on canvas

Our featured artist Howard Hastie’s paintings express intricate symbolism, whether through the repetition of actual symbols in his abstract works, or through the use of his strange, bulbous, humanoid shapes in the backgrounds of his more figurative paintings. 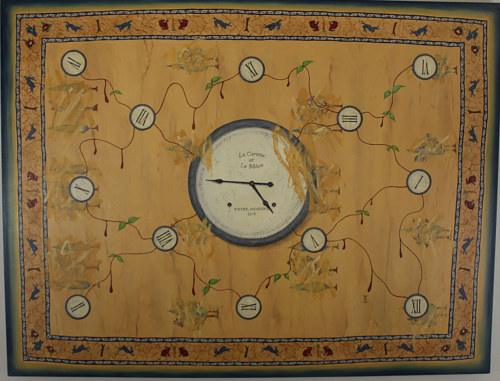 I’m fascinated by Howard’s abstractions – they seem to toe the line between genuine abstraction and patterns of figurative images. Where other artists create geometric paintings that seem quite calculated, Howard's abstracts are imperfect and human. A number of them seem almost as if they could function as textile patterns, mimicking the intricacy of Persian rugs, for example. Equally fascinating are the mysterious figures that populate Howard’s figurative images. He generally paints these in neutral grey and brown tones, and fittingly they seem to function as landscape in a number of images. 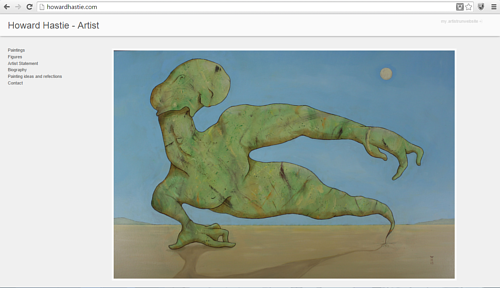 These ever-changing growths of many different limbs and faces seem like a mysterious, vaguely spiritual addition to what might be basic backgrounds. Howard leaves the symbolism of these figures to be explored by the viewer. 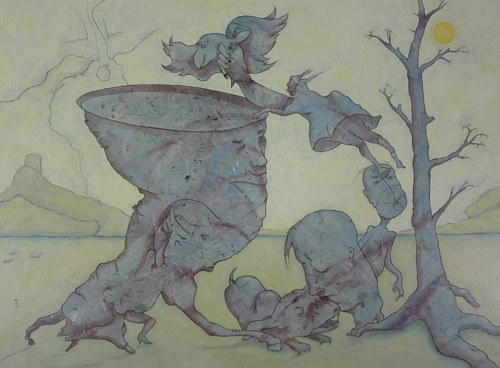 Under the Yellow Sun, oil on canvas