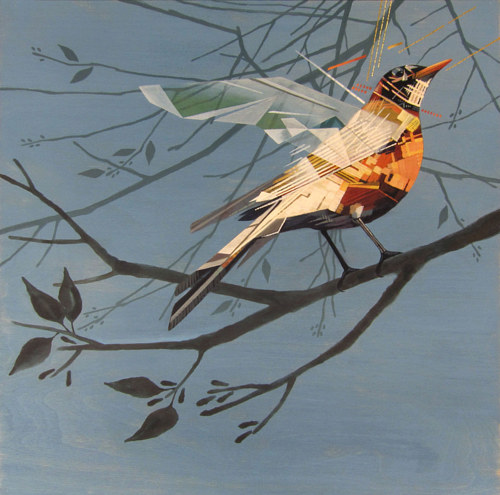 Today’s featured artist is Robert Porazinski. Robert’s painting style expresses a sharp, broken realism. His paintings express their subject matter as similar to shards of glass or as melting, corrupted digital environments. In this process, the forms become distorted and sometimes ambiguous to the point where the work’s title is integral to grounding it in reality. 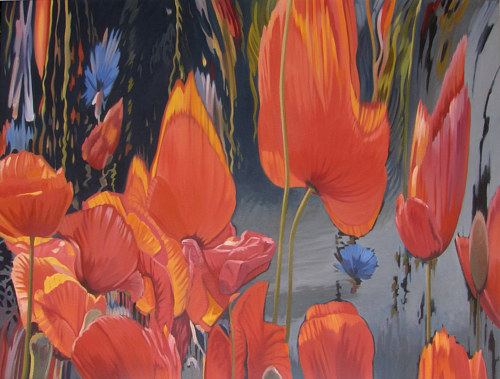 These sharp and bizarre styles work well when juxtaposed with softer, natural subject matter such as birds and flowers. Robert’s Pharmaceuticals series veers into the psychedelic, with the forms of brightly coloured pill capsules twisting and stretching until they become nearly abstract. 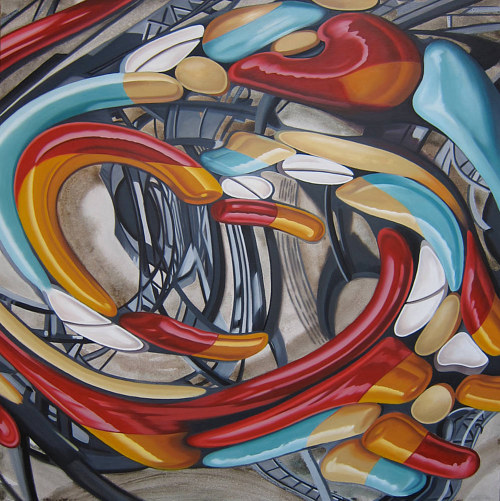 Side Effect II, oil on canvas

The artist has more recently been working on birch wood panels, drawing inspiration from sketches and collaged maquettes that he makes out of a variety of materials, including digital prints, architectural drawings and sculptural elements such as wire and feathers. The digital art influence is something that other artists on the website have also experimented with. 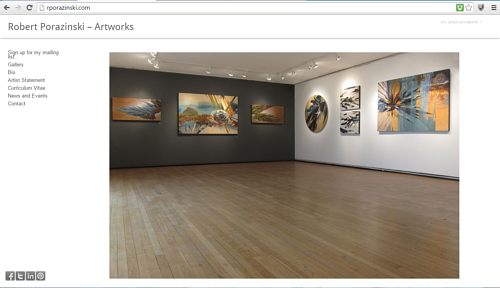