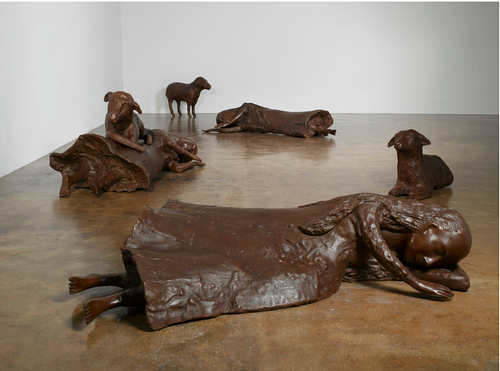 Kiki Smith’s work addresses themes of nature and spirituality from a human standpoint. She works in both three-dimensional and two-dimensional media, utilizing motifs of animals and human figures in bizarrely evocative tableaux. Smith current lives and works in New York. 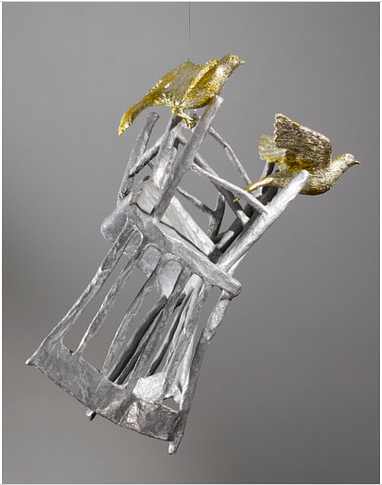 Her recent works have explored sculpture and stained glass work. A 2014 exhibition at New York’s Pace Gallery, entitled Wonder, used imagery of birds and trees to emphasize the idea of wonder in nature. I like the ambiguity that is present in Smith’s works – though they are most often representational, the subject matter seems isolated and somehow removed from its normal context. Looking at Smith’s artwork is often like remembering a dream.

Smith’s human figures are often women, sculpted or drawn in a slightly flat and primitive style, as if they were illustrations in a children’s book of fairytales. They are reminiscent of some works by Liz Craft, but possess a slightly more serious aura. 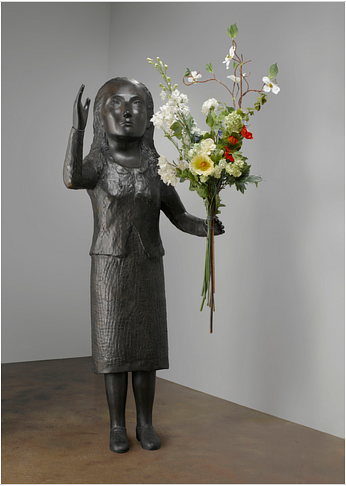