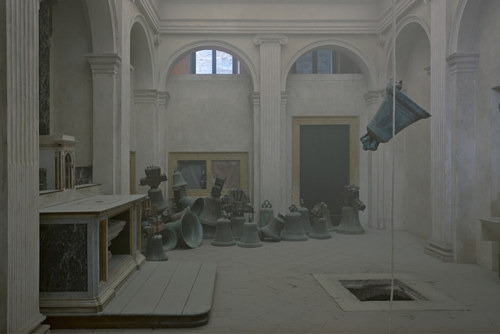 Claudio Parmiggiani is a mixed media and installation artist whose works present often mundane objects that have been removed from their context and tweaked into a strange, unrecognizable state. 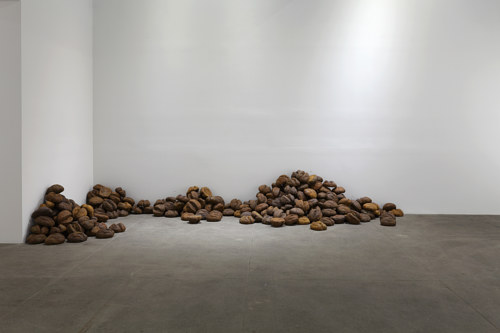 Uses interesting materials such as smoke and soot in his wood panel works. The soot is used in much the same manner as charcoal, to create shadows in an image. He has also been known to use this medium in installation works, smearing soot across the walls of a gallery or existing installation pieces to create a burned, abandoned feel. Sculpted heads in the style of ancient Greek or Italian busts are a motif in his recent works. Parmiggiani was born in Italy in 1943, so it’s easy to see where he may have picked up a classical influence. Some of our own artists have taken that classical theme to interesting places: painter Kevin Sloan, for instance.

A 2015 show in Hong Kong features a large number of white plaster busts of various figures piled on the floor against the wall of a gallery space. 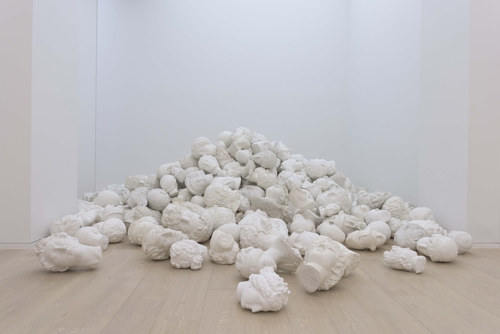