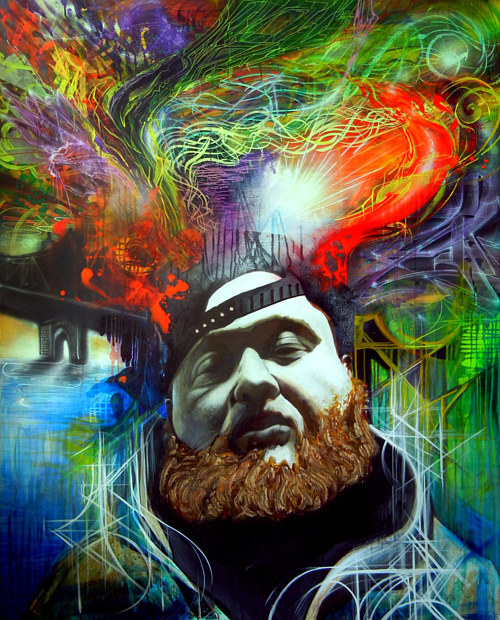 Our featured artist today is Dominic Laporte! Dominic grew up and lives in Ottawa, Ontario, where he is completing a degree in illustration from Sheridan College. Artistically, Dominic focuses on portraits and human figures, adding abstracted elements and street-art styling that elevate his illustrations to true expressions of personality. 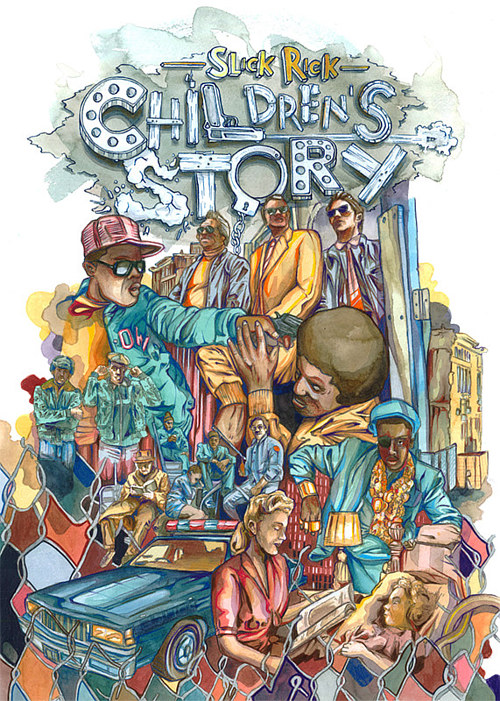 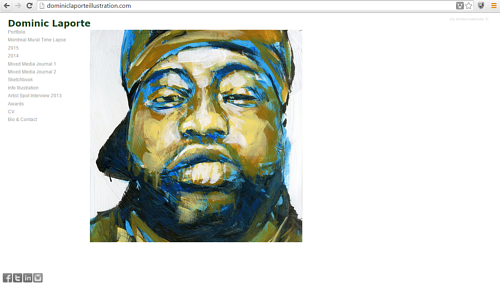 I really like Dominic’s 2015 series in which he illustrates popular rap songs, creating movie-poster-esque drawings with numerous figures posed together in a narrative sense. The images seem to simultaneously reference individual music videos and the artist’s own interpretation of the song.

Dominic’s online portfolio is packed with figures and portraits with bright colours and patterns that seem to explode out of them. In a few images, body parts such as lips and hands are duplicated numerous times to bizarre, kaleidoscopic effect. Also available on Dominic’s website are some of his sketchbook pages and “mixed media journals,” all of which offer an inspiring glimpse into the artist’s process. 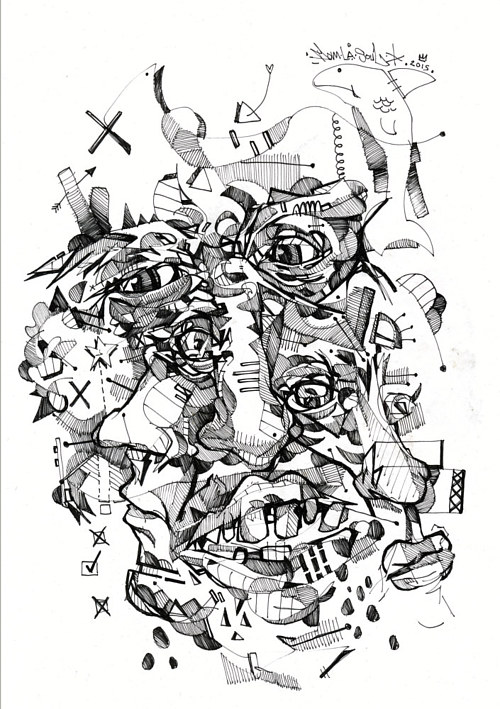