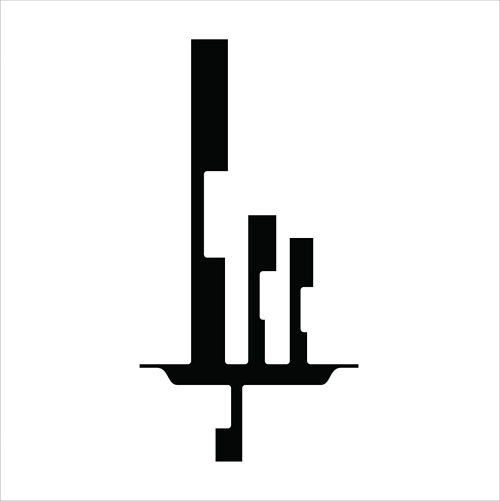 The artist’s latest project, Gravity Engine, looks specifically at the concept of social media and the overwhelming volume of content therein, attempting to “capture and reconcile the weight of meaning” of individual posts. The abstracted shapes take on a monumental, monolithic appearance, enhanced by the stark contrast of the black-on-white design. 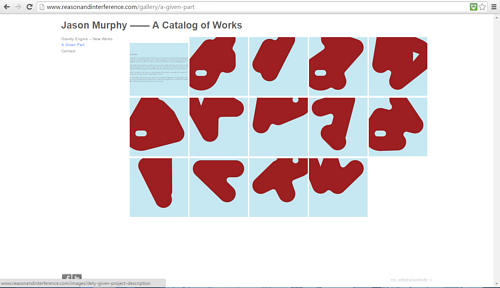 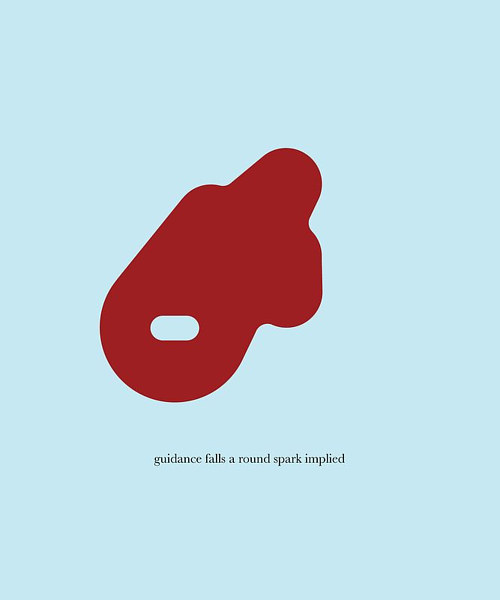 I really love Jason’s previous series, A Given Part, in which the artist uses short poems and translates them into bulbous, two-dimensional shapes. The shapes have a vaguely mechanical feeling to them, are effect an almost subconscious relationship to the text written below. Negative space is an important aspect of Jason’s work, especially in this series, where the blue-gray background of each work contrasts deliberately with the dark red of the shapes. 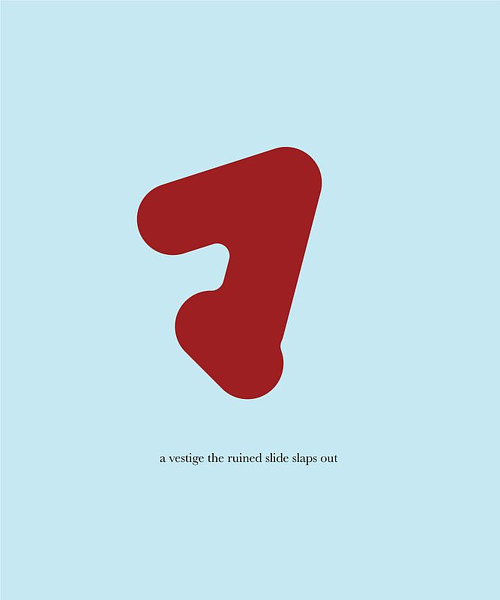