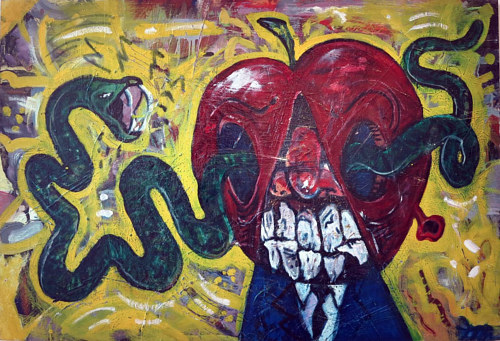 Today let’s take a look at the artwork of Dylan Humphries. Dylan is a recent graduate of Emily Carr University in Vancouver, BC. His artistic practice focuses on painting, with an edge of gritty urban humour.

Among his influences, Dylan lists Spawn comics, MAD Magazine and the rap group Public Enemy, amounting to a modern, tongue-in-cheek, almost bratty artistic style. His paintings are saturated with colour - though that colour is often dark and grimy. Sometimes abstract, sometimes figural and sometimes a blend of the two, Dylan’s work celebrates the aesthetics of street-art murals and bathroom wall graffiti. 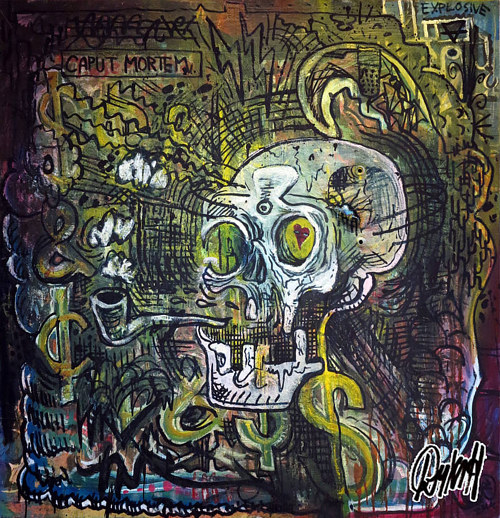 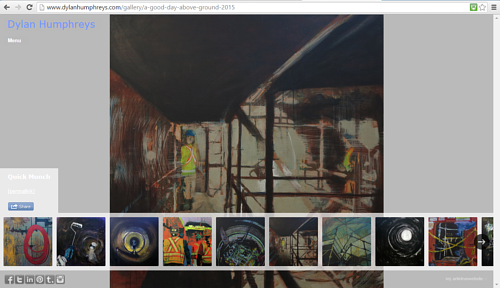 Dyaln's series A Good Day Above Ground on his website

Dylan's paintings have a certain heaviness to them, with a thick, textured application of media as well as hard outlines delineating figures and subjects. These thick outlines sometimes necessitate cartoonishly stylized versions of people and objects, lending the work its apparent sense of black humour. 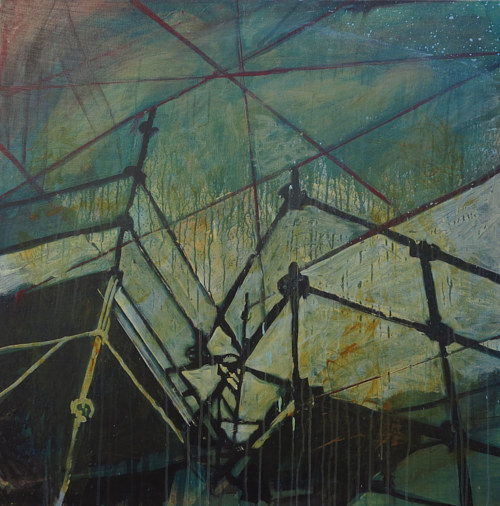