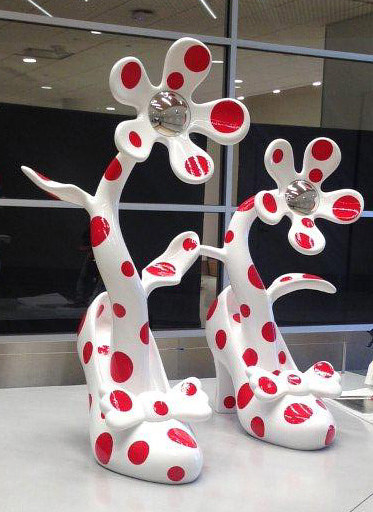 Artworks by Yayoi Kusama and Val Britton are now on display at the San Francisco airport. The works have been incorporated into the airport as part of the city’s art mandate – that is, commercial property developments in San Francisco must spend two percent of the total building cost on art. While KQED notes that none of the artworks get outside the envelope of traditional, socially acceptable “public” art, they are certainly better than a barren airport space. 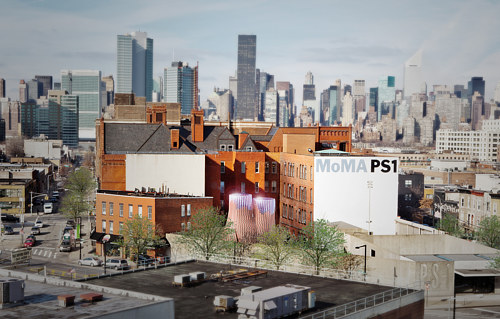 New Yorkers rejoice: MOMA PS1 will be free for all New Yorkers, starting October 11th, 2015 and ending October 15th, 2016. To get in, simply show a piece of New York-specific ID, such as a driver’s license or utility bill with your address on it. MOMA PS1 has previously operated on a pay-what-you-can basis, with a suggested donation of $10 per person. 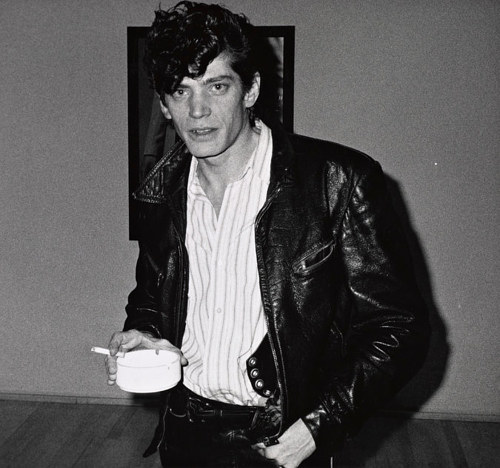 Robert Mapplethorpe’s “Man in Polyester Suit” just sold at auction for $478,000 – almost twice its estimated sale value. The controversial male nude is well known for being one of the works cited in attempts to censor the art that was eligible to receive funding from the National Endowment for the Arts. A Mapplethorpe exhibition in the 1980’s that included the work saw the director of Cincinnati’s Contemporary Arts Center being brought up on obscenity charges, though he was later acquitted. “Man in Polyester Suit” is now known as one of Mapplethorpe’s signature works, and a critical look at race, gender and sexuality. 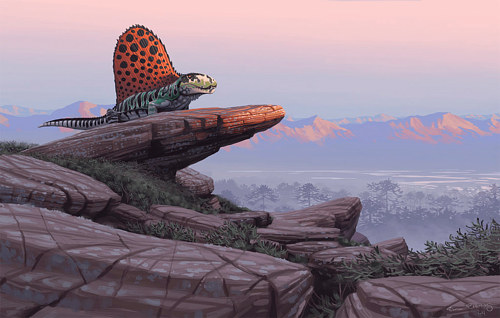 This article in the Atlantic paints a fascinating picture of artists who specialize in dinosaurs, or so-called “paleo artists”. Simon Stalenhag, whose retro sci-fi digital paintings recently went viral, was commissioned in 2013 to do 28 digital paintings of dinosaurs for the Sweden's Natural History Museum, many of which are shown in the article. Other well-known paleo artists include John Gurche, who specializes not in dinosaurs, but in early primates and homo sapiens. 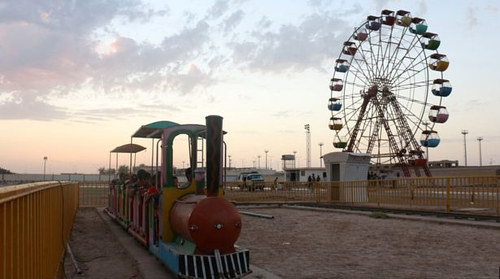 It looks as though the extremist group ISIS has inadvertently topped Banksy’s recent foray into installation art, opening what might be the saddest-looking theme park this side of Chernobyl. According to Dazed, Ride City has two separate locations – one in Raqqa, Syria and the other in Fallujah, Iraq. With many refugees returning to the area after being barred entrance by European nations, the setup seems less like a celebration and more like a cruel joke. 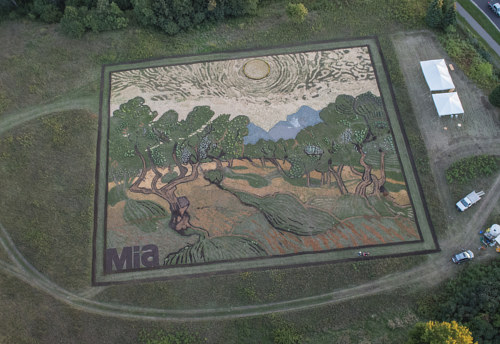 On a lighter closing note, Kansas artist Stan Herd has recreated Van Gogh’s 1889 painting Olive Trees in a field. The work was commissioned by the Minneapolis Institute of Art, whose logo appears in the bottom left hand corner of the field. Herd has been working on the “painting” since spring of 2015, and the final product will be on view through the remainder of the autumn harvest season.