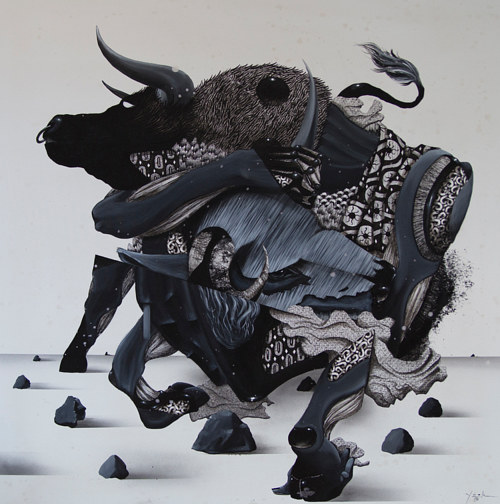 Yusk Imai is a self-taught visual artist who is currently based in Berlin. The artist’s mixed-media artworks are dark and complex, usually depicting animal forms made from human elements, or vice versa.

Each of these works carries a certain dream-like quality, particularly in the ways that the images seem to shift, growing more complex or apparently changing their meaning entirely with multiple viewings. Trying to figure out each individual element of Imai’s works causes the viewer to lose track of the original image. I rather enjoy this ambiguity as it adds a level of intense interest to the two-dimensional plane. 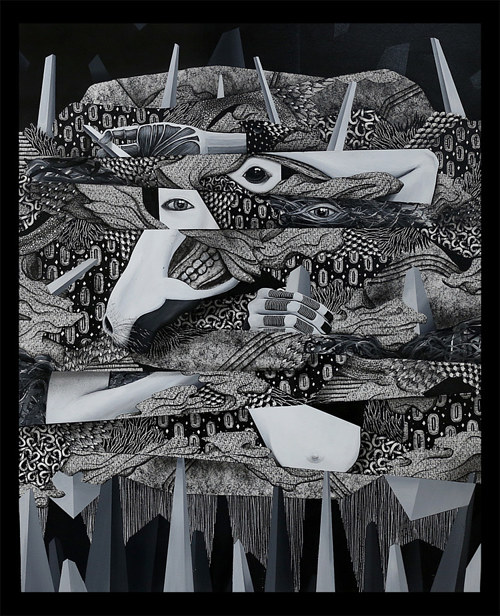 The artist’s older works frequently take the form of black and white illustrations, not unlike the works of Karina Eibatova or Joni Belaruski. Imai has also created a large outdoor mural in the Netherlands, as well as several indoor installations that take the form of circular mandalas of the artist’s ambiguous style. 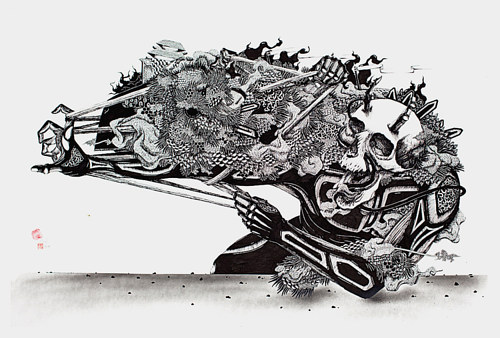