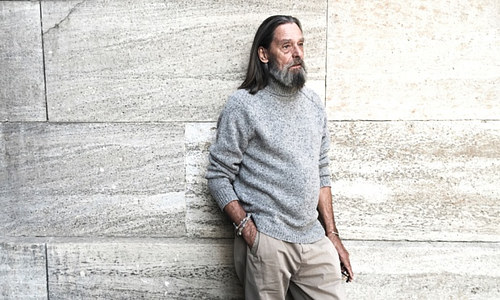 Performance artist Ulay is suing his former partner and longtime collaborator Marina Abramovich. Ulay, (real name Frank Uwe Laysiepen) worked with Abramovich from 1976 through 1988 and together created some of the duo’s most well-known works. He claims that Abramovich has withheld payments that she owed to him for the past 16 years, and is additionally accusing the well-known performance artist of censoring artworks that they made collaboratively. Ulay is currently showing a piece entitled A Skeleton in the Closet, which sees the artist writing the numbers of these censored works on the wall. 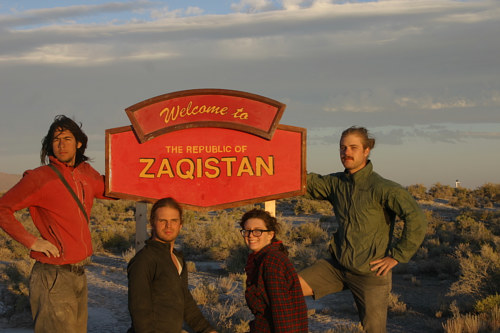 Ever heard of Zaqistan? The artist-run republic, located just northwest of Salt Lake City, Utah, will celebrate 10 years of independence on November 19th, 2015. While not yet recognized as an independent nation in and of itself, the republic has around 300 expat citizens, an official flag and a motto, and a customs office. The republic’s founder, Zaq Landsberg, bought the land off of eBay, originally creating the piece as a reaction to his dissatisfaction with the Bush administration. 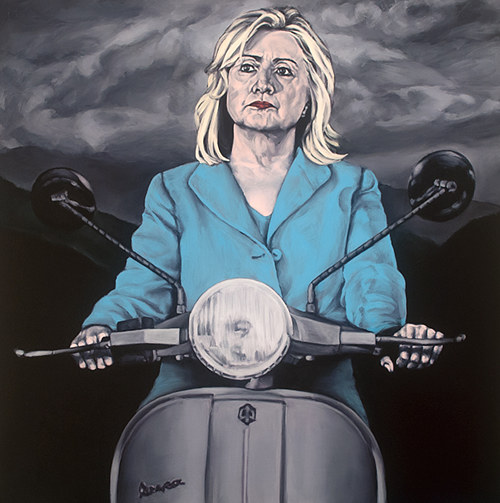 Painter Sarah Sole has made an entire practice out of painting Hillary Clinton – starting with one nude painting that the artist made when Clinton first ran for office, and snowballing from there. Many of the works feature Clinton in the role of historical figures or pop culture icons. Other paintings take a more surreal stance, with the artist and Clinton getting married, sharing a ride in a rubber dinghy, and other pursuits. A gallery of the paintings is available on Huffington Post (Link slightly NSFW)

4) Shia LaBoeuf's Latest Performance Piece is a Hit with Fans 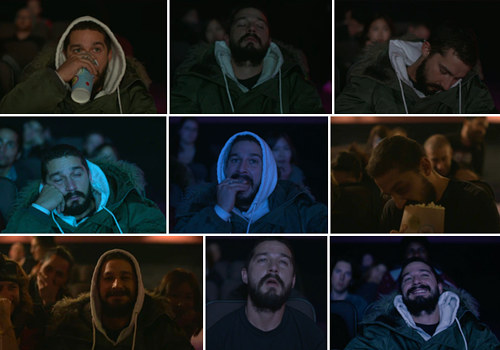 If you’re reading this entry, Shia LaBoeuf’s performance piece, #ALLMYMOVIES ended last night. The actor turned performance artist watched all the films in which he has appeared over the course of acting his career, during a period of 72 hours. The piece started on November 10th with his latest film, Man Down. The rest of the films followed in reverse chronological order. The piece took place at a theatre in New York, where admission was free (though rumours have been circulating of fans paying upwards of $100 to jump the ever-growing line-up.) A camera was focused on LaBoeuf’s face for the duration of the performance, allowing fans to watch a streaming broadcast of the actor’s reactions. 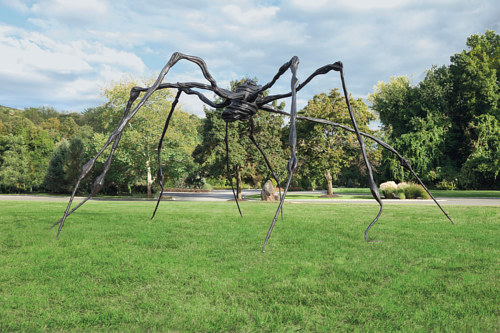 Louise Bourgeois’ sculptural work, Spider, the piece that everyone thought was going to break records at auction, has been sold for a relatively conservative $28.2 million, just barely over its low-end estimate of $25 million. The work did break the record for being the highest-selling work by a female postwar artist, but Georgia O’Keefe remains the front runner for highest selling work by a female artist, in general. ArtNews speculates that the “tepid” sale was part of a larger downturn in auction trends, and picks apart the entire affair in their article – a fascinating (and possibly sickening) glance at a Christie’s auction.