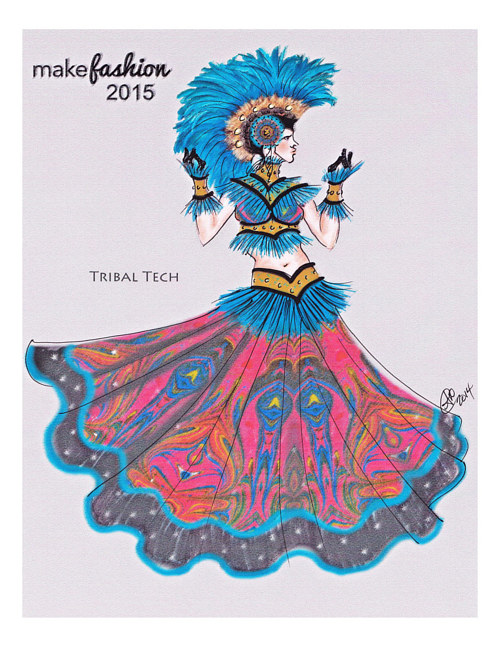 Our featured artist today is Angela Dale! Angela works as an artist and a costume designer. Angela has been building creative costumes and props for theatre, film and dance across Canada throughout her career. 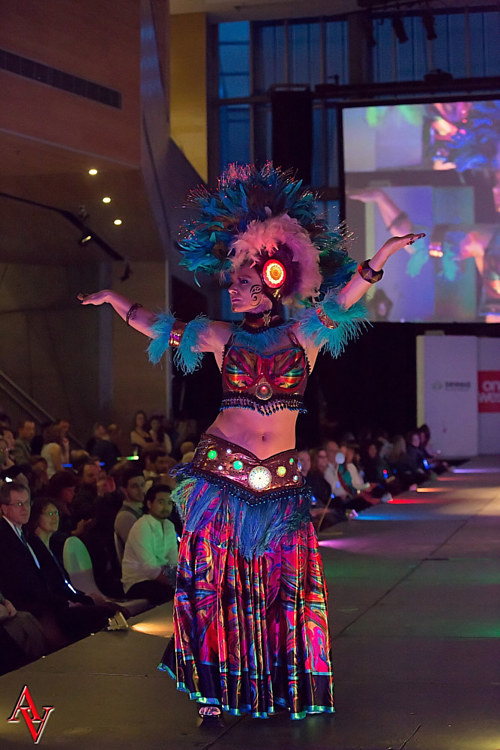 I find Angela’s entries for the Make Fashion wearable art and technology show particularly interesting, in seeing what the designer is able to do with a given theme. Her costume for the theme “tribal tech” is an amalgamation of elements of traditional textiles, formal dress and futuristic ideals that come together into something that seems unique, existing outside of any human culture. The incorporation of lighted elements shows off Angela’s technical expertise in her field. 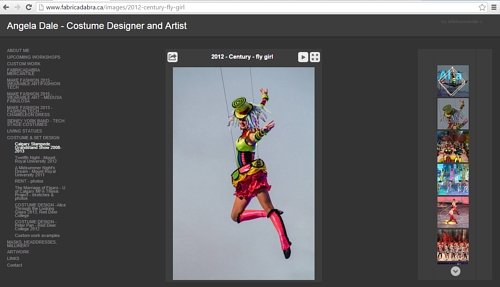 Angela’s outfits for living statues are also great to look at – the ones seen in her portfolio seem at home in a Christmas-themed storybook, or as designs for elaborate toys and dolls. The exaggerated silhouettes emphasize the slightly unreal aspect of the performance. 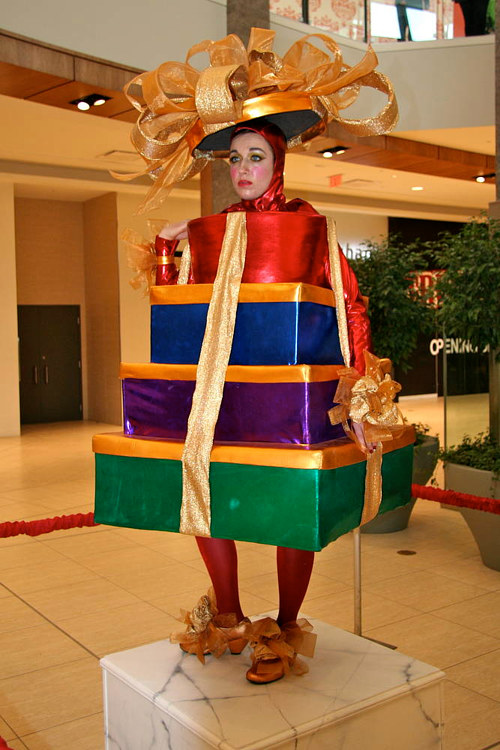