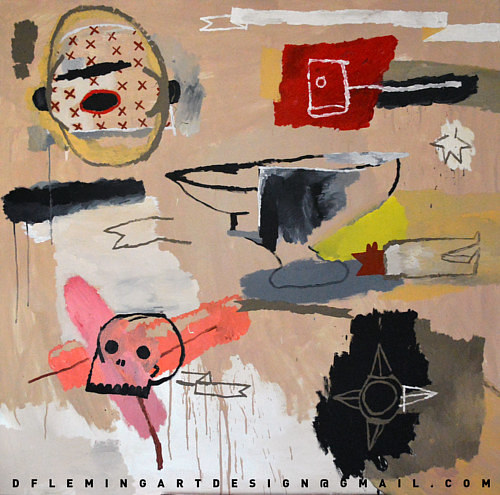 Daniel Fleming, our current featured artist, is an artist from Milkwaukee who creates colourful, aggressive paintings that express current events and human perception.

While his style veers toward abstraction, all of Daniel’s paintings seem to have a tangible personality and narrative. In a style that is somewhat reminiscent of well-known abstract expressionist artists such as Basquiat, Daniel uses nuanced planes of bright colour along with heavily lined shapes and vaguely human forms. Many of his forms look hastily drawn, like gestural impressions of people and events that may have been in progress while the painting was being made, or may have yet to transpire. 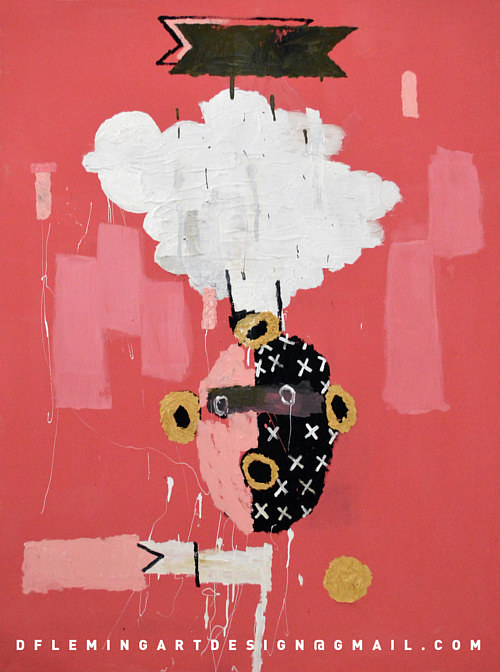 Mudhead for 2016, mixed media on canvas 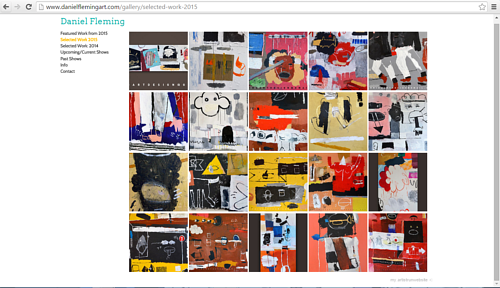 Daniel’s featured works from 2015 incorporate a mixture of media, providing the addition of extra texture and tactility, rendering his simplified human forms almost three-dimensional. Where in our last feature of Daniel’s nearly abstract works, he was working more with scribbled line-art, of late his forms have become more solid and blocky. 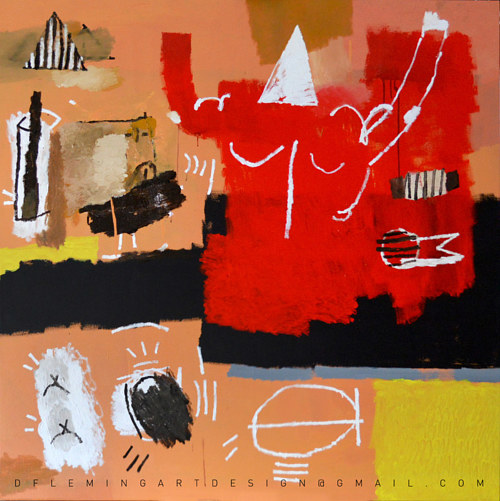