Construction and Form: Photography by Bernd and Hilla Becher 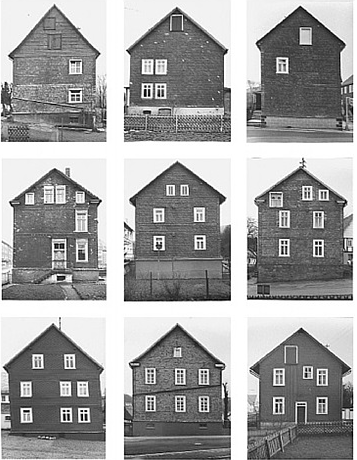 Bernd and Hilla Becher were a German conceptual photography duo particularly known for their grid-patterned photographic multiples of buildings and industrial structures. The majority of the works from the pair are in black and white and seem to focus intently on the construction and form of man-made objects.

The duo married in 1961 when they were both working as freelance photographers for an advertising agency. Bernd had previous training in painting, while Becher had studied photography. The works they created together display a clear eye for aesthetics in all artistic realms. I enjoy the way that the photographs function not only as art pieces, but as catalogued examples of different structural and formal tropes in architecture. Seeing the way that certain forms and methods are repeated in different buildings provides interesting insight into the way that artists across all mediums rely on similar visual patterns. 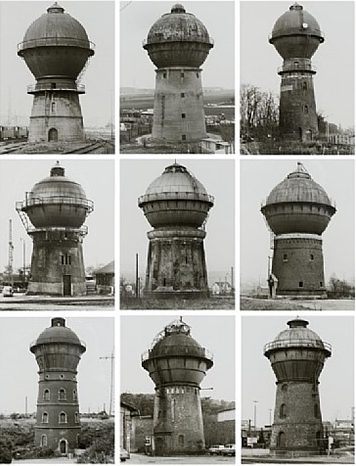 The Bechers created these photographic works throughout the 60’s and 70’s, inspiring the preservation and heritage status of a number of structures. Bernd passed away in 2007 and Hilla in October of 2015. 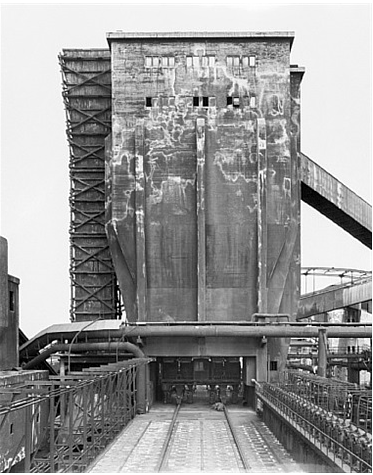