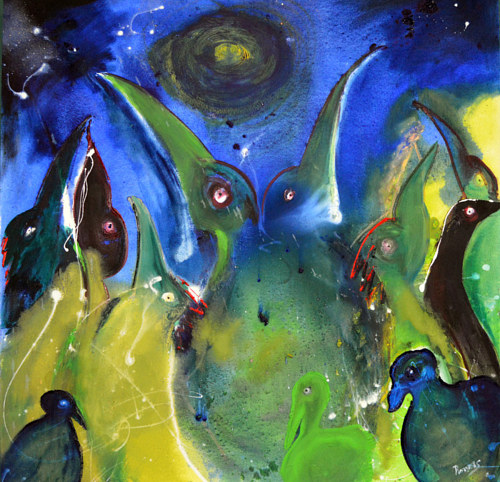 Featured artist Dick Roberts specializes in smooth, undulating paintings that toe the line between abstraction and figuration, landing somewhere in between. Originally from Durham, North Carolina, Dick has a background in science museum and aquarium exhibit design – experience that shines in his deep blue abstractions. 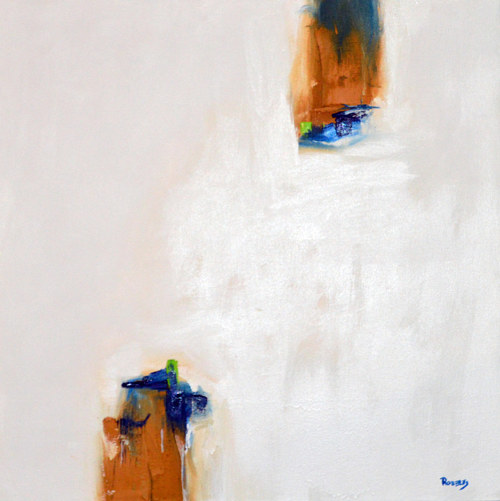 The Conversation, oil and mixed media on canvas 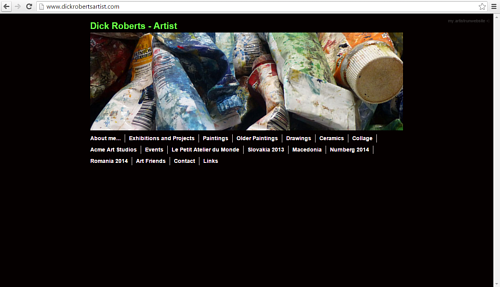 A number of the most recent works on Dick’s portfolio website are mixed-media paintings, in which the artist uses acrylic or oil paint along with enamels, collaged elements and other mixed materials. Elongated bird-like forms have been a common motif in the artist’s work, with many of these pieces featuring long, flowing brush marks that move across the surface of the painting, ending in an expressive beak-like figure with the suggestion of eyes. Other works use more tangible collaged elements, creating a conceptual effect.

Dick has also explored other media in his practice, including drawing, ceramics and collage.  His drawings are quite an interesting departure from his painted works, relying on almost abstract line art and large areas of negative space to produce something of a comic look. 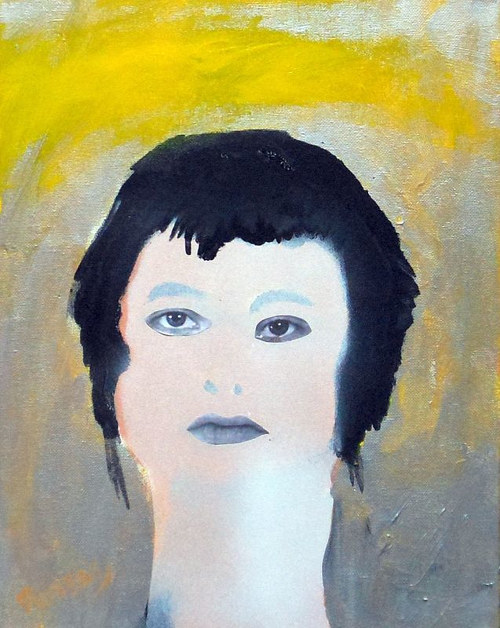