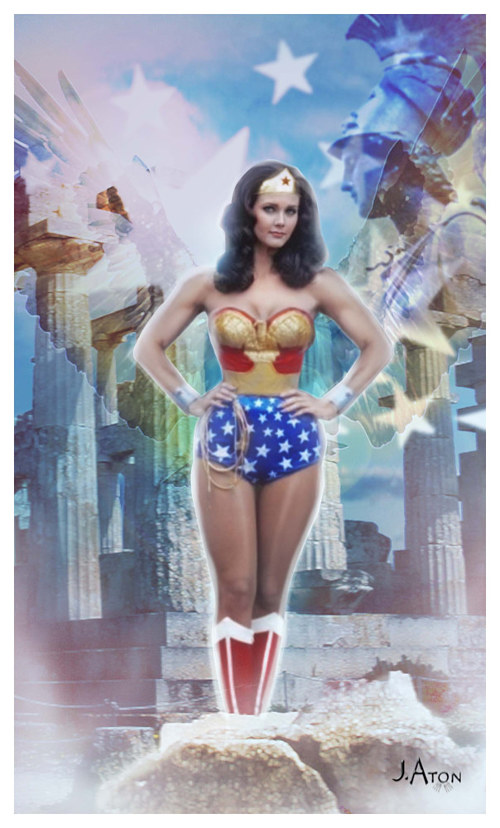 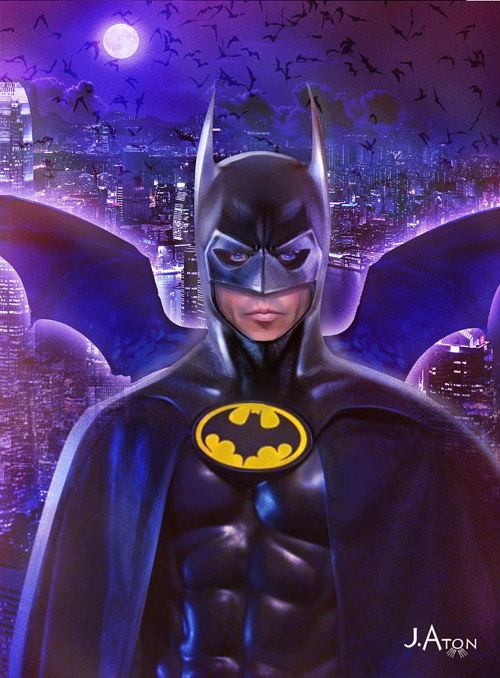 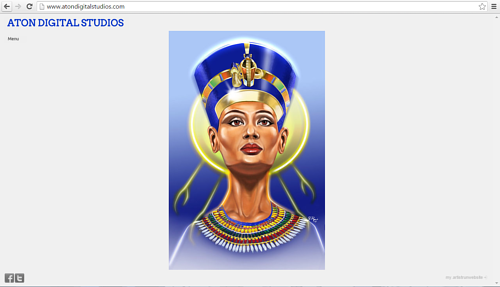 I like the bright colours that Aton uses, and his smooth digital painting style. Some images appear more hand-painted while others seem like the might have a photograph as their base starting point. Each piece has a somewhat shiny texture that likens it to the pages of a comic book, with simple backgrounds that emphasize the focus on the central figure. The artist’s Concept gallery contains skilled paintings and Photoshop works depicting stars as Prince and Michael Keaton in his role as Batman.

The artist particularly enjoys creating pin-up style portraits of female superheroes and television newscasters. Aton also takes commissions through his website, www.atondigitalstudios.com. Some of his commissioned works are available for viewing in his portfolio, in which real subjects are depicted as fictional heroes or in fantastic costumes. 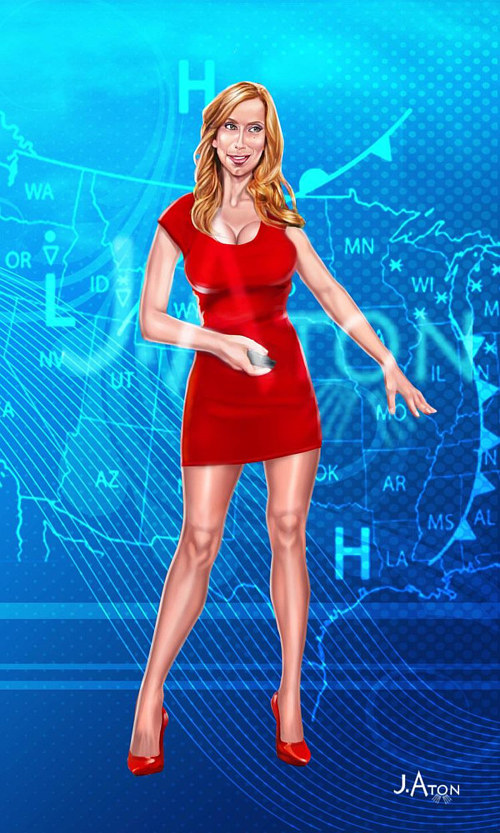