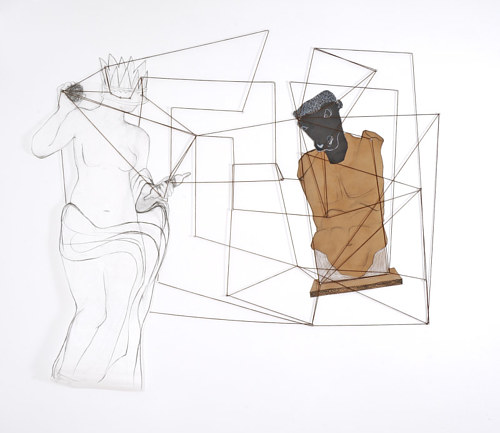 Kiki McGrath is an artist who works with loosely representational imagery and disjointed forms to explore complex ideas relating to history, religious practices and literature. Kiki’s works tend toward earthy, neutral colours and the use of traditional media such as acrylic, collage and graphite drawing. 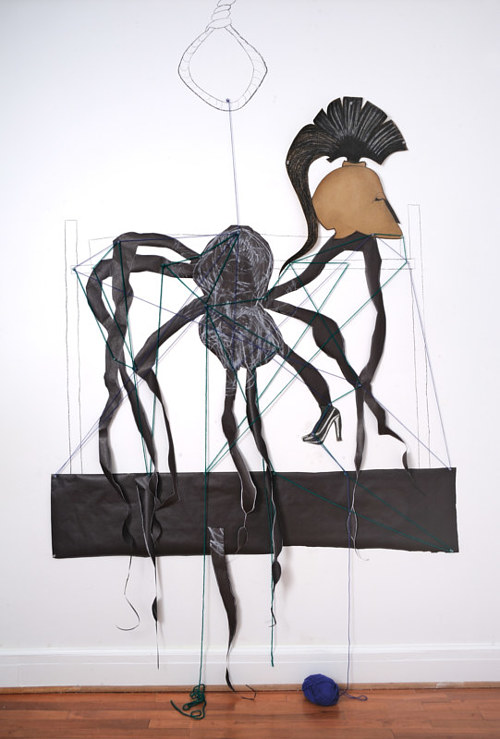 The artist’s recent series Transformations takes stories from Ovid’s Metamorphoses as inspiration for its imagery. The series is primarily composed of wall-based works on paper that combine drawing and collage techniques. Through the presentation of fragmented bodies, images of mythical creatures and interesting, almost geometric line interventions, Kiki visually represents the bizarre and disorienting nature of the mythology. 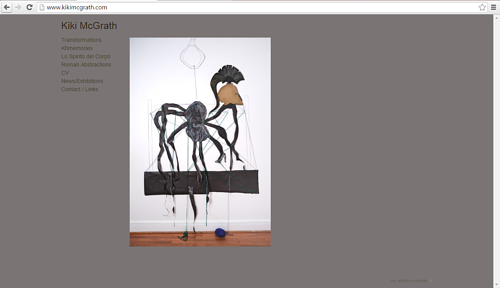 From a technical standpoint, I really enjoy the almost naïve-style treatment that Kiki gives her figures. In her collage series, figures are cut-out and drawn in mixed media with a sketchy, gestural style that focuses much more on capturing a feeling that any precise detail. In her Khmemories painting series, Kiki adds this figurative sensibility to bright acrylic colours for works that are equally exuberant and thought-provoking. 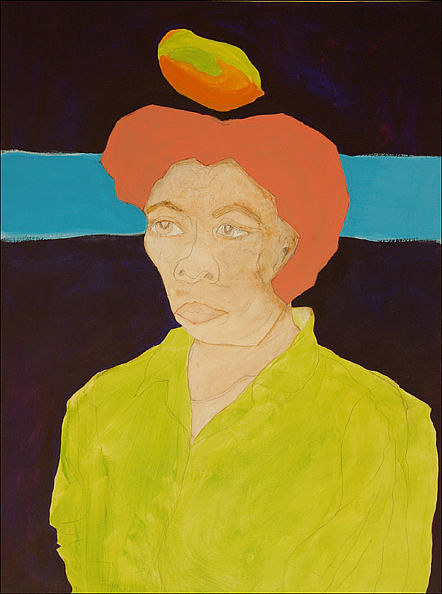 Na with Mango, acrylic on canvas