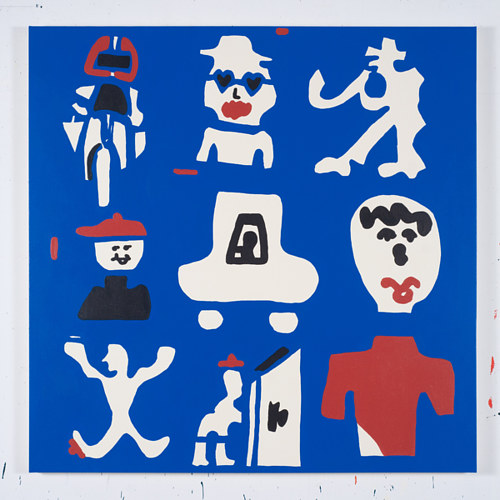 Brooklyn-based artist James Ulmer’s practice is highly involved with visual patterns and grids. The artist’s works tend to be figurative, but his paintings follow a delineated geometric pattern in their composition. The result is an interesting blend of abstracted, naïve-style figurative painting and simple, mathematical composition. 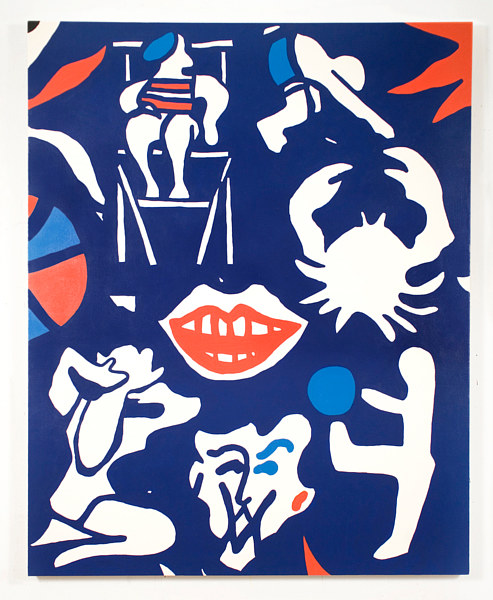 I really enjoy the contrast between the clean, monochromatic background in Ulmer’s paintings and the loose, sketchy-looking figures. The artist tends to use strong primary colours as the basis for his works, with pale figures layered over seas of bright blue or red. His figures, by contrast are often colourless, silhouetted in white with loose black brush strokes serving as facial features or details. Most of his figures appear human, and are reduced to their most basic components – four equal-length rods serving as limbs, a rounded plane of white for a face.

Some of Ulmer’s works take a single figure as their subject, using the same style as seen in his grid-patterned paintings. The use of this loose, blocky painting style on a single canvas is quite striking, as it creates intense contrast in its use of negative space. 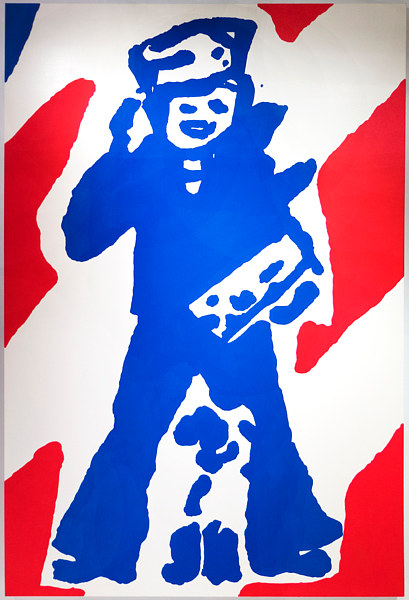