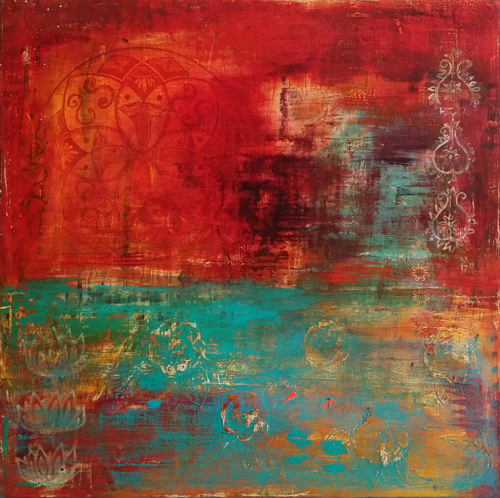 Artist Carolyn Trotter was born in Vancouver, British Columbia, where she later studied art and merchandising. Carolyn’s current practice sees her creating artworks that conceptualize and aid with yoga and meditation activities. 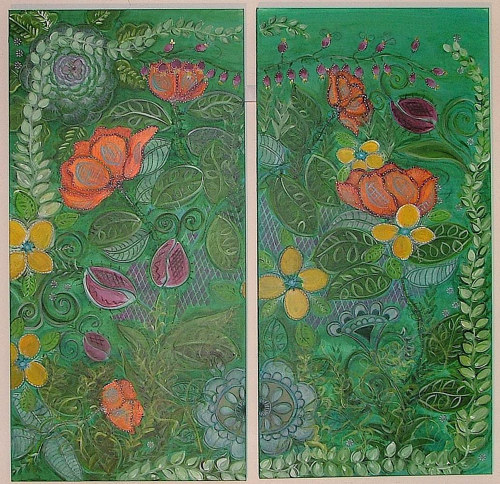 The majority of Carolyn’s works feature floral imagery, often taking the natural forms and distilling them into geometric patterns. Her paintings, done in acrylic and mixed media, feature layered washes of colour and translucent flowers, mandala shapes and occasionally text that is obscured enough that it serves as an aesthetic rather than a conceptual touch. Each work takes on a distinct, saturated colour palette. 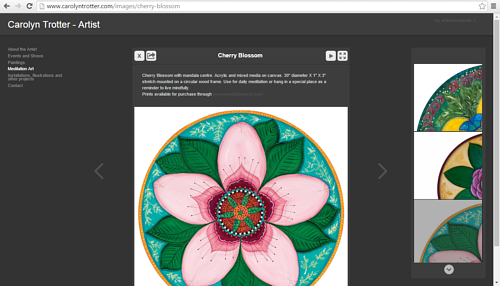 I also quite enjoy Carolyn’s series of meditation artworks. These works each feature a circular, mandala form that exists at the centre of a large, symmetrical flower. Carolyn suggests that viewers hang these paintings in a visible place to help with meditation or as a reminder to live mindfully. 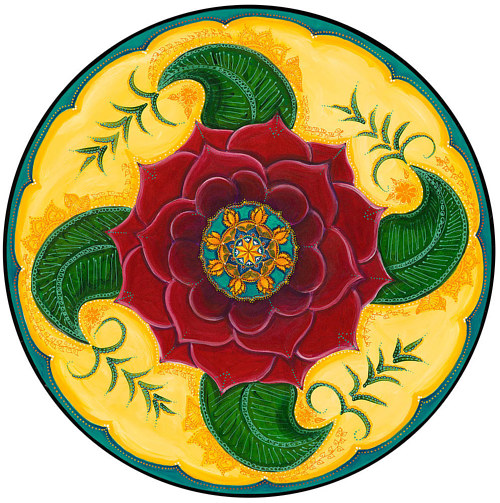