Headlines: Frieze, the Getty and BP 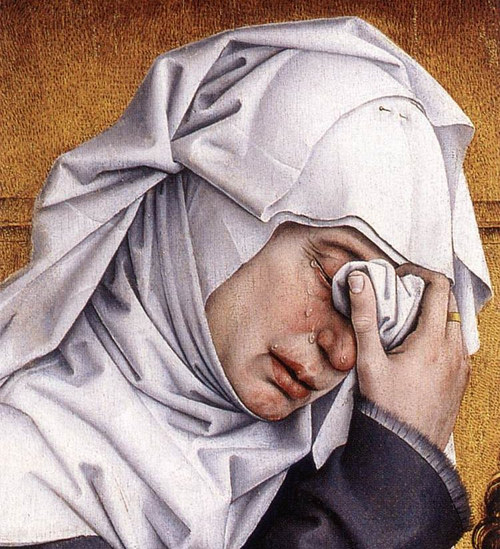 The Getty Foundation is being sued by a woman who claims that they unfairly rejected her application to an internship program. The woman, who is white, had applied to the Multicultural Undergraduate Internship Program - a program which, as the name would suggest, is explicitly intended to offer jobs to underrepresented minority groups. In a shamefully hilarious twist of irony, she’s suing the foundation for racial discrimination. The woman, displaying frankly spectacular ignorance, is suing for both punitive and compensative damages, claiming that her high GPA is enough of a qualification. No word yet on the Getty’s response. 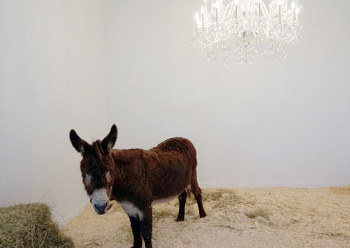 With the opening of this year’s Frieze Art Fair comes the anger of animal rights activists, apparently. Conceptual artist Maurizio Cattelans has created a work which takes the form of a live donkey hanging out below a crystal chandelier in a tent at the fair. The work, part of Frieze Projects, recreates the artist’s first exhibition in the United States, held at Daniel Newburg Gallery in New York in 1994. That particular show was quickly shut down because as it turns out, keeping a live donkey in a gallery space is a bit of logistical nightmare. This time around, the animal rights group Their Turn is trying to shut down the work, noting (probably correctly) that an art fair is not a proper habitat for a donkey. The show is so far extremely popular with fair-goers, and some have noted that the donkey doesn’t seem agitated and is being treated quite well. 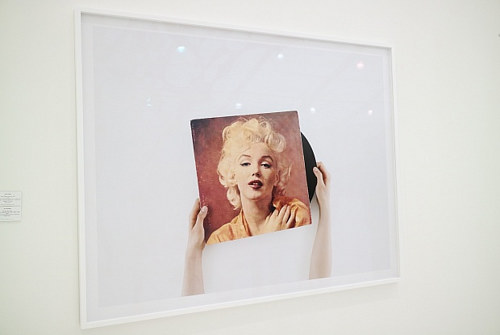 The organizers of New York’s Frieze Art Fair announced this week that the fair has entered into a partnership with the massive marketing and entertainment group, WME IMG. The group is one of the biggest players in Hollywood and professional sports, and many note that the partnership has been a long time coming, given the increasing overlap between the high art world and that of big-budget movies and television. Indeed, the works at Frieze showcase art that flies in some very theatrical directions, including the above live donkey, and a Erwin Wurm’s One Minute Sculptures set to be performed by several big-name actors.

4) Report Points to Suspicious Dealings Between BP and Museums 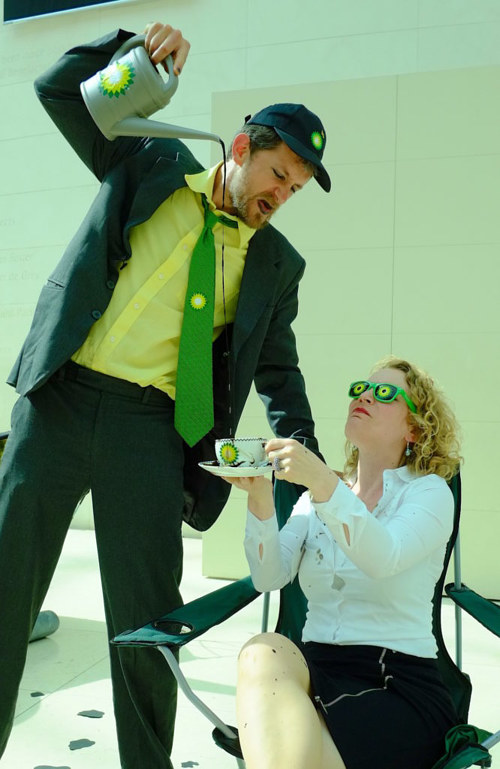 The Art Not Oil coalition has released a series of somewhat incriminating emails detailing the monetary relationship between BP a series of British museums. Some of the emails suggest that the oil company had a possibly uncomfortable amount of influence over exhibition and curatorial decisions. The institutions in question include the British Museum, the National Portrait Gallery and the Tate, which has plans to terminate its relationship with BP in the near future. In a 40-page report, Art Not Oil notes that BP’s sponsorship deals with several institutions may have violated Museums Association’s code of ethics.