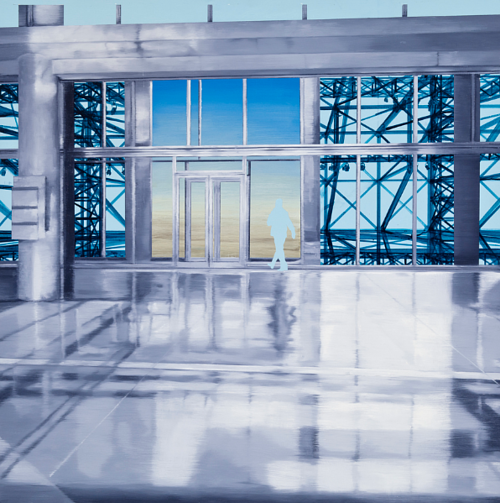 Espace Public no. 42, oil and acrylic on canvas

The artist’s most recent series, Archipels, takes inspiration from the concept of an archipelago, or many different ideas existing in a single space, but not blending together. The resulting images are intriguingly ambiguous. The works in this series are still mainly set in public spaces, which range in aesthetic from ornate and classical to cold, modern steel and concrete. The figures are equally varied, depicted as realistic people, or person-shaped collections of coloured lines. 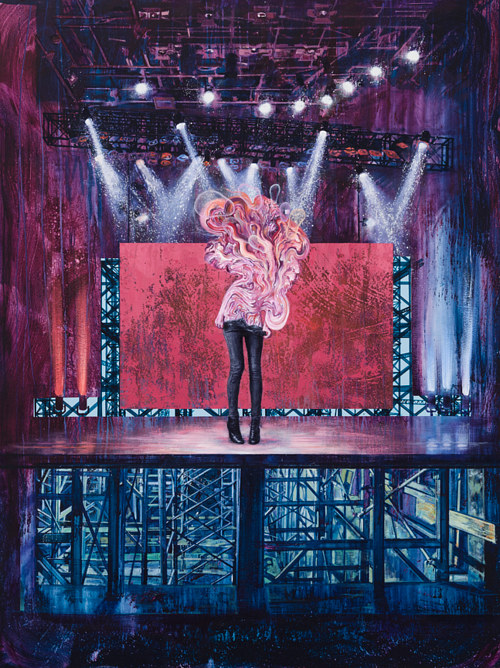 L'actrice no. 1, oil and acrylic on canvas

I really enjoy the way that the artist focuses on the space of a work, and the interactions between that space and the figures placed within it. In the series entitled Public Spaces, Sottolichio often uses white-lined silhouettes or undulating coloured forms to express the human visitors, which in turn lends the space itself a sense of autonomy. 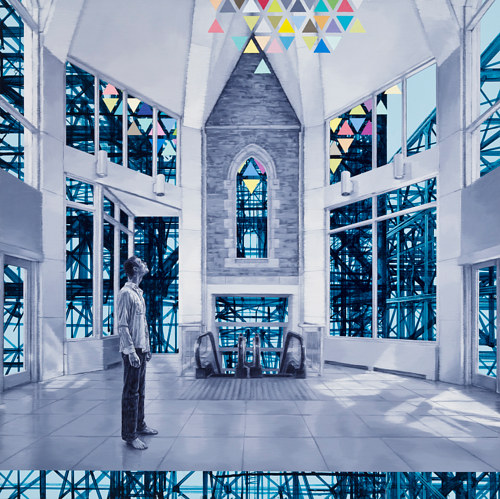 Espace Public no. 44, oil and acrylic on canvas