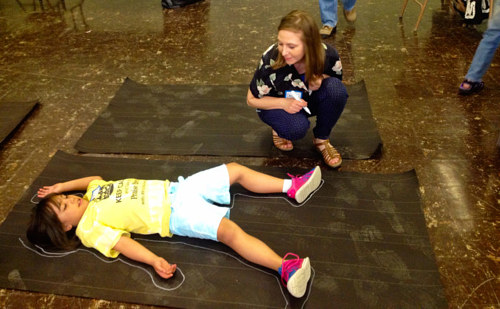 Here’s a fascinating look at how local artists and performers are reacting to the Flint Water Crisis, in attempts to shed light on the situation and offer up some semblance of normalcy to a population that feels powerless. According to the article, which delves into the many iterations of public art, performance, and spoken word that are taking place in the city, Flint’s population has had a strong and successful recent history of using art to bring people together under common circumstance.

The Google Cultural Institute (yes, it’s a thing) recently unveiled the Google Art Camera, a high tech camera designed specifically to capture incredibly high-resolution images of artworks. Over 1,000 of the images the camera has captured thus far are now available online on the Cultural Institute website. While recent lawsuits involving Wikimedia Commons and other digital platforms would suggest otherwise, many museums and institutions are happily allowing the camera access to their collections. The main reason? It seems that the primary objective of many museums is still, reassuringly, to bring art to the masses. Now that the majority of the developed world is connected to the internet, putting these high-quality images online is the best way to do that.

3) Sonora 128, a New Gallery on a Billboard in Mexico City 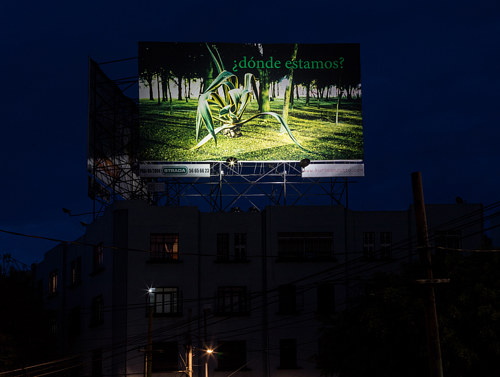 A new gallery space has opened up in the form of billboard atop a building in the Condesa neighbourhood of Mexico City. “Opened” a few months ago, the gallery is currently showcasing a single work by the photographer Wolfgang Tillmans. The gallery shares its name with the address of the building, Sonora 128. The organizer of the space, Bree Zucker, is employed by Kurimanzutto, a well-established Mexico City gallery. Zucker brought the space to life with the intention of breaking down the diving walls that seem to restrict Mexico’s art scene to a few private hubs, instead bringing the art outside where the masses would interact with it “whether they like it or not[.]” 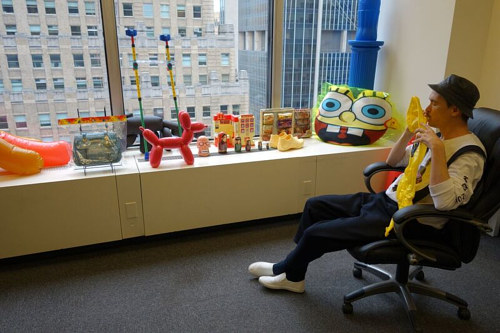 In an interesting take on the idea of studio residency, a number of artists have taken up residence on the 19th floor of a soon-to-be demolished building in New York’s Times Square. The spaces themselves, while dictated by the needs and specific projects of the artists, take the basic form of regular business offices. The result is an interesting blend of what might be called a “normal” work space, and an art studio, while the artists use their three-week period to enjoy the atmosphere of the office building and Times Square itself.

5) Boys Shatter an Artwork in The Shanghai Museum of Glass

On a depressing final note, two young boys have been making the internet rounds after destroying an artwork in the Shanghai Museum of Glass. In CCTV footage from the museum, the boys are shown pulling the sculpture away from the wall and allowing it to break as it falls back. Outside of the roped-off barrier, two women, presumably the boys’ mothers, are seen filming the incident on smartphones. The work in question was by Shelley Xue, a pair of angel wings constructed from glass fragments, entitled Angel is Waiting. The piece had been on display since 2014. The artist has decided not to repair it, though it has been retitled Broken, and the footage of the boys breaking it is now being played on loop next to the exhibit.