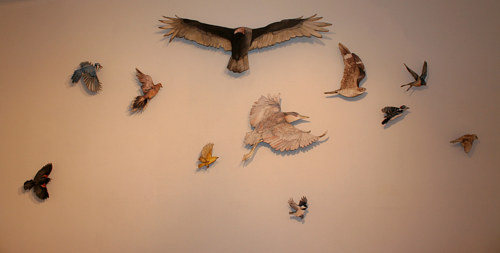 All the Birds Who Brought me Messages

Using artwork as a way to express her wonder at nature, Nicole Richards creates works that frequently include birds as a motif. With these animal forms, Nicole’s choice of wood as a substrate also draws inspiration from trees and plant life.

A number of Nicole’s recent works have taken the form of cut-out birds that are then displayed in two-dimensional flocks, jutting out slightly form the gallery wall. Each bird is made from an intaglio print mounted on foam-core, giving it a little extra dimension. These birds, frozen mid-flight, still offer a great sense of movement as they all point the same way as the fly across the wall. Joel Armstrong created a similar effect with his wire geese. 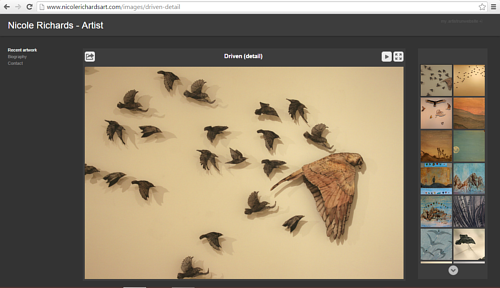 Nicole’s two-dimensional works on wood panels take a rather unique approach, aiming to preserve the texture and appearance of the wood grained panel. The artist coats the panel in very thin washes of paint, adding small details like distant tree tops or the simplified forms of birds in flight. 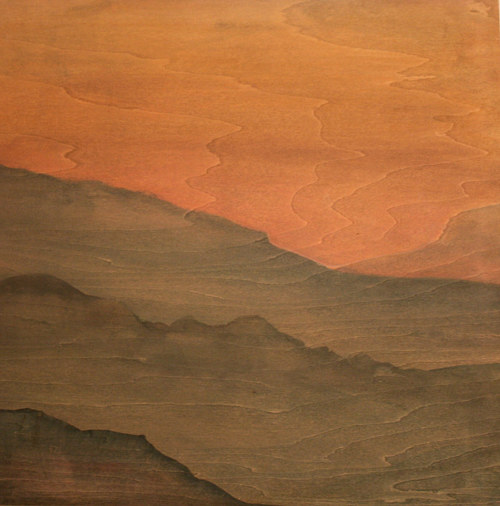