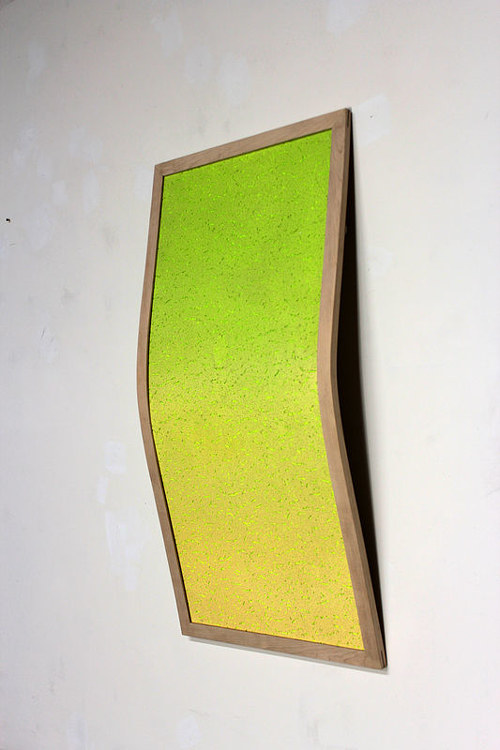 Sean Sweeney’s installations reference the detritus of construction work and mass-produced architectural materials. The artist explores the tension between weightlessness and gravity through clever placement and manipulation of his materials. 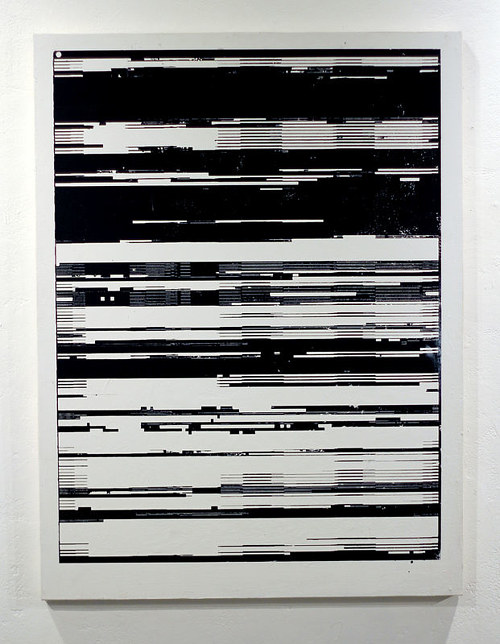 Magenta, screen print and latex paint on canvas over panel

As we explored in our previous feature on Sean’s architectural ephemera, the artist particularly enjoys using ceiling tiles as a medium. Removed from their usual context, the chunks of material become quite bizarre and foreign in appearance. Previous works from the artist have also involved similar methods of removing common materials from their usual contexts, like Sean’s series of screen prints on canvases. An abstraction is created via screen printing and the addition of latex paint, then the canvas itself is applied to a wood panel. The resulting images are removed from recognizable art media and become objects in their own right. 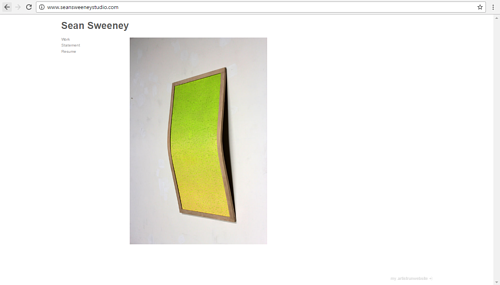 I especially enjoy the couple of works in which the artist manipulates a ceiling tile slightly with artistic media, then frames it as one would a canvas. The removal of the tile from the ceiling references the “gravity versus zero gravity” line of thinking, while the material again becomes disguised as something new and different. 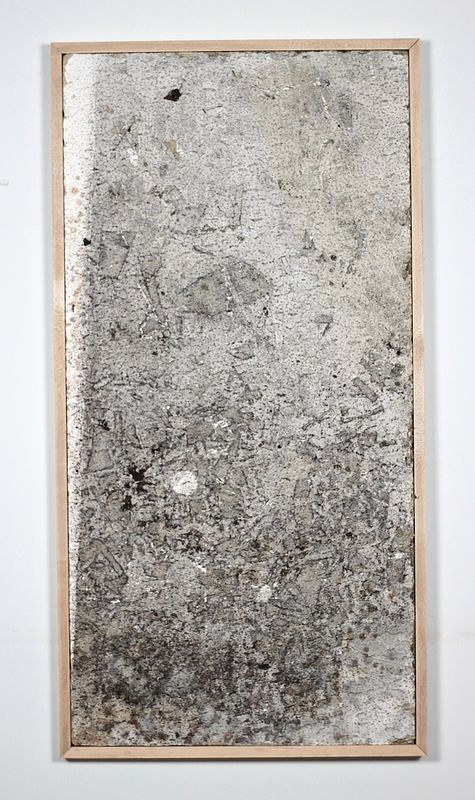