Mythology With a Modern Twist: Illustration by Camille Chew 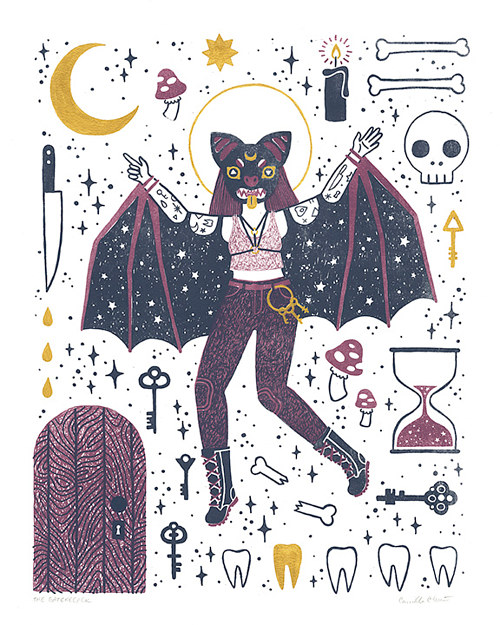 The Gatekeeper, lithograph and acrylic

Camille Chew is a New York-based illustrator whose works focus on themes of fantasy and dark magic. The artist’s works are packed with visual symbolism and stylized figures that blend mythology with a modern twist. 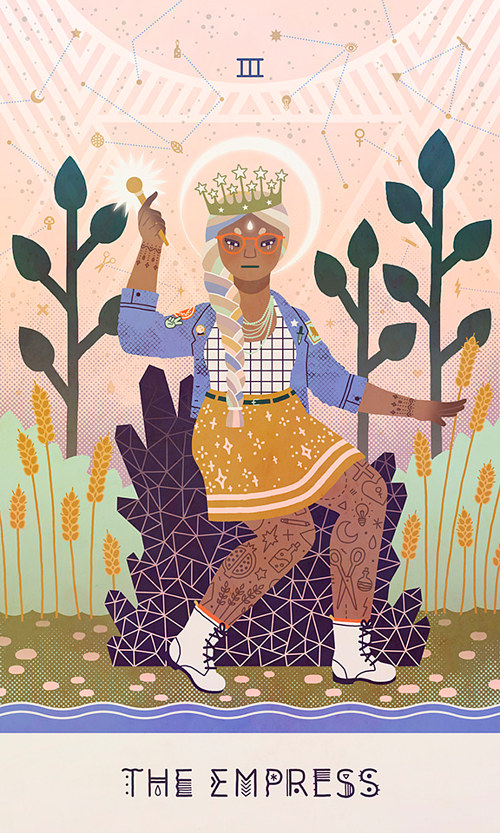 I’m really a fan of the style that Chew employs to create her illustrations. The elements of each image are rendered in a very two-dimensional manner, but the layered composition adds impressive depth to the pictures nonetheless. Chew’s figures, often dressed in a way that could be described as “hipster,” and heavily tattooed, mimic poses from depictions of mythological figures. Each image tends to focus on a single, central human figure that’s surrounded by various objects, sometimes animals and plants that are related to the theme of the work.

Chew also creates incredibly detailed masks using mixed media. One series focused on masks of witch’s familiars, appearing in the form of animals like wolves and owls. These were made to go alongside a series of images of witches, each given a distinct look and persona through well-designed imagery. 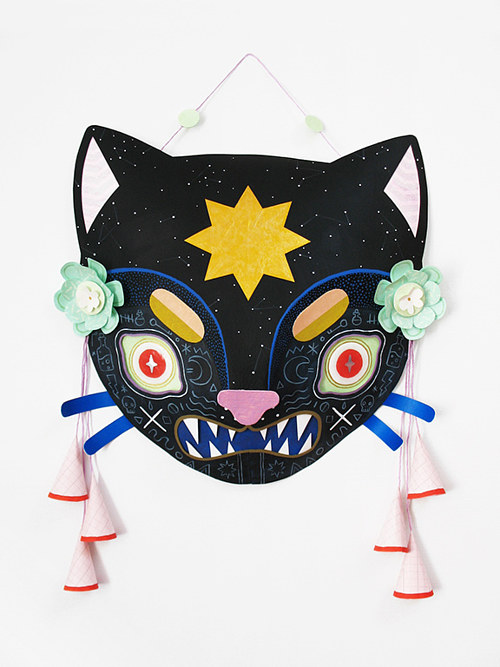