The Human Form in Action: Art by Edward Bock 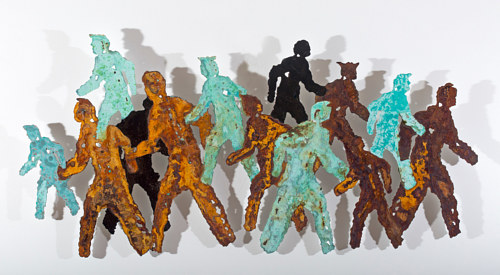 Confluence #11422015, iron and copper oxide with acrylic on acrylic panel

Featured artist Edward Bock has built a practice around examining the human form in action. Working over a variety of media, the artist creates abstract and figural works, often depicting simplified figures in cohesive, choreographed groups. 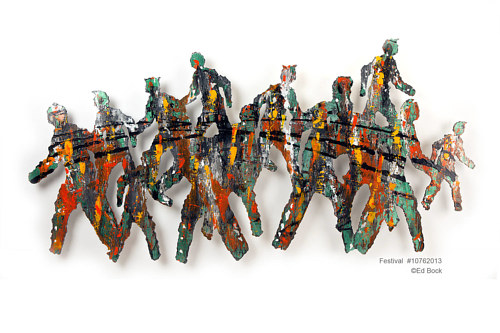 I think Edward’s series of Rust Forms is a particularly good example of the way he captures movement in his work. These pieces are made on carved acrylic panels using a mixture of iron and copper oxide to create a rusted, metallic look. The combination of the metals - normally seen as a strong and rigid material – and the acrylic paint on overlapping forms creates an interesting contrast and a dynamic look. 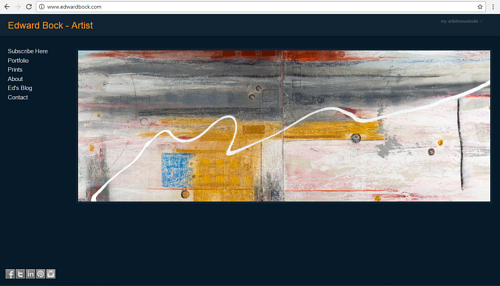 Also included in Edward’s portfolio is a series of abstract mixed media works made with acrylic, graphite and charcoal on canvas. These works combine a multitude of textures and aesthetics, with an interesting focus on negative space. Overlapping lines and geometric shapes give the impression of movement on a busy city street. 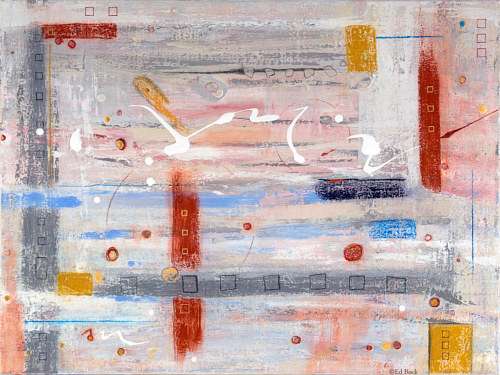