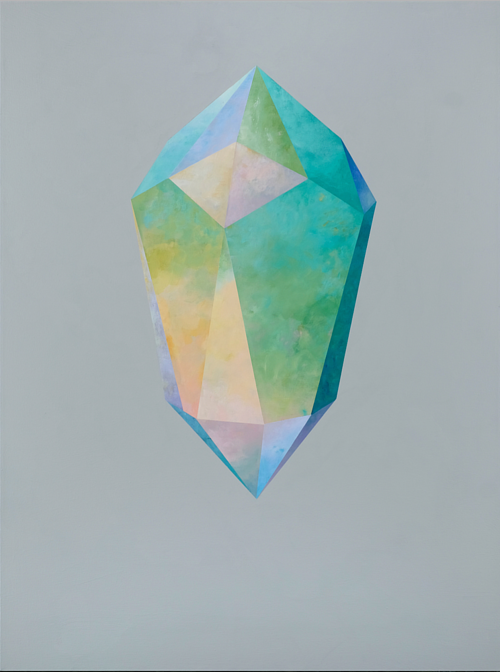 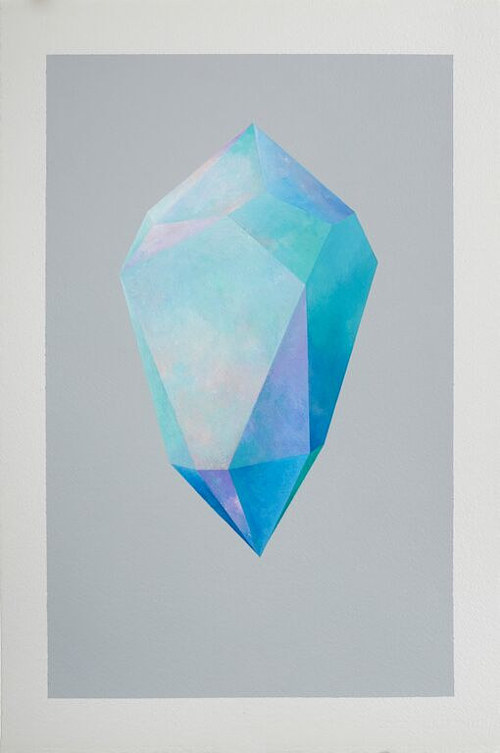 I’m really a fan of Rebecca’s recent series of crystals. The series, titled Tesseract, encompasses numerous portraits of individual crystalline forms, each presented with oddly imperfect facets rendered in hues of blue, green and pink – sometimes with metallic accents. These works seem like a logical next-step from the artist’s Antarcticus series, which showcased icebergs as monochromatic prism-shapes hanging over alien landscapes. 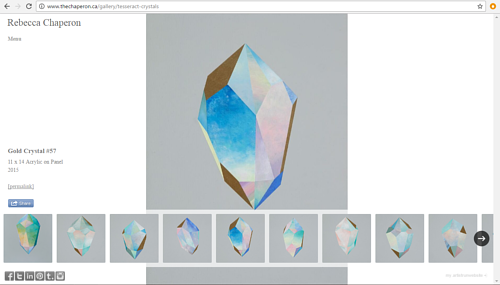 In our previous feature of Rebecca’s work we focused on her monoliths and portals. Like the icebergs, many of Rebecca’s works feature black monoliths as a motif, whether emerging from the earth as obelisks, or hanging in the air as parallelograms and other shapes. The artist’s recent crystals seem like a look at another facet of these mysterious forms. 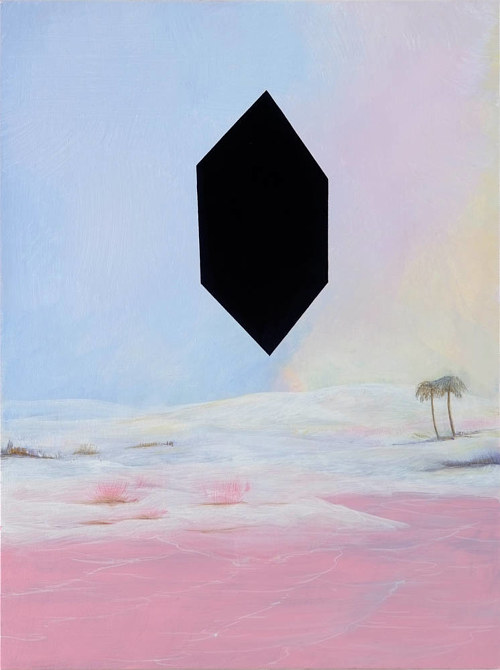