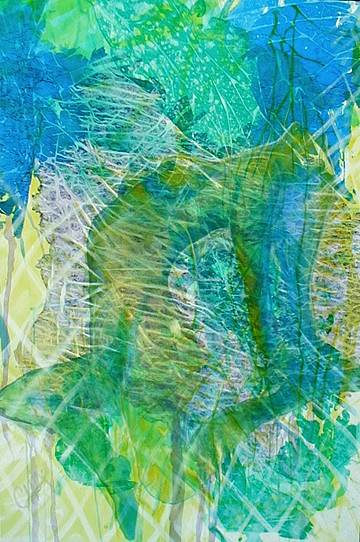 Artist Chía Ortégon creates works of transcendental art referencing various new-age doctrines and tenets of spirituality. The artist’s works tend to feature female figures, depicted in a style that suggests mythology though the subjects themselves may be quite modern.

I quite enjoy some of Chía’s recent works, such as those in the series Water Sensual Universe. These works are quite abstract at first glance, and it takes the viewer a moment or two to parse the human figure embedded within each whirlwind of color and line. Generally using cool tones of blue, green and purple, Chía paints a female figure in a dynamic pose, then layers streaks and lines of color and pattern overtop. The patterns seem to reflect the shape and movement of the original figure, allowing foreground and background to blend together.

In some of her other figurative works, Chía takes a more straightforward approach to portraiture, but builds up figures as well as their surroundings in a series of curved, contoured lines. These uniquely stylized portraits really exemplify the energies that surround Chía’s paintings. 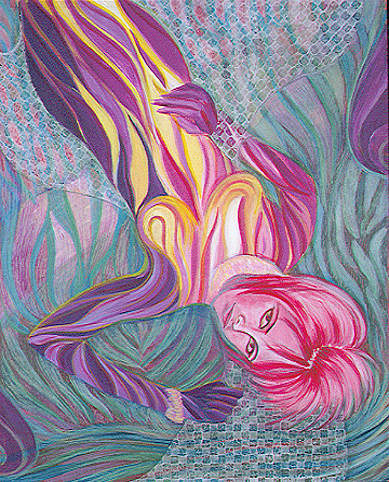