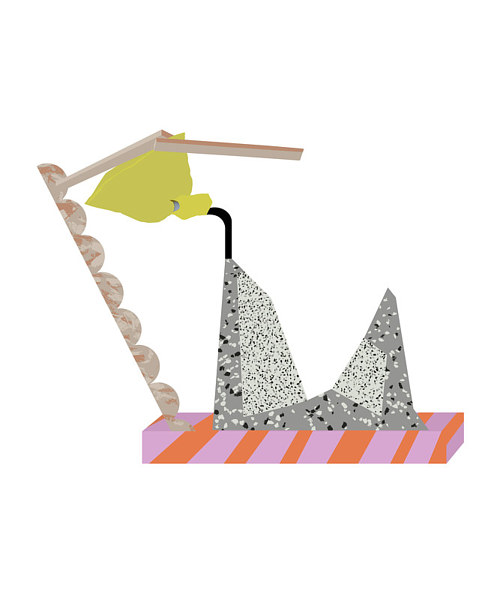 Stephanie Cormier currently lives and works in Toronto, where she creates works of installation, sculpture, collage and more. Among other things, Stephanie’s works examine the working relationship between humans and objects. 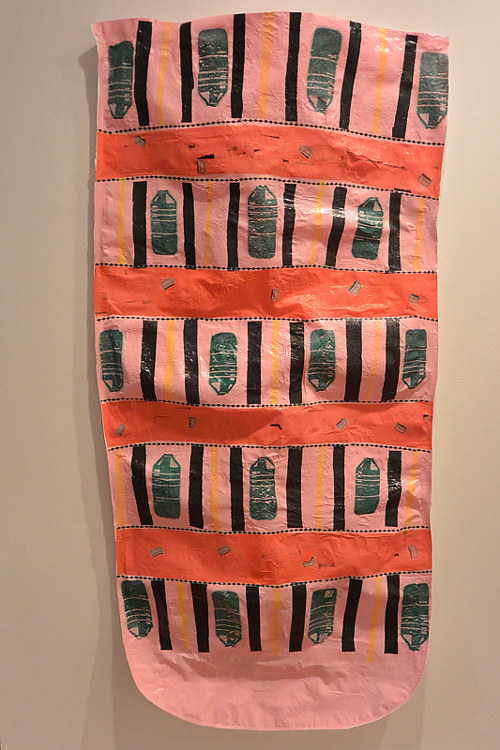 For a recent project, Toolbox in The Head, Stephanie first created a series of descriptions of “tools” – metaphysical objects with esoteric purposes, rather than physical functions – and passed some of them on to her young daughter. The drawings of the artist’s daughter later informed a series of sculptures and silkscreen prints depicting these hypothetical objects. I find this series really interest both from a visual and conceptual standpoint. The finished images are brightly colored with an eye for composition that manages to mimic the unskilled drawings of childhood while still suggesting an educated knowledge of aesthetics. 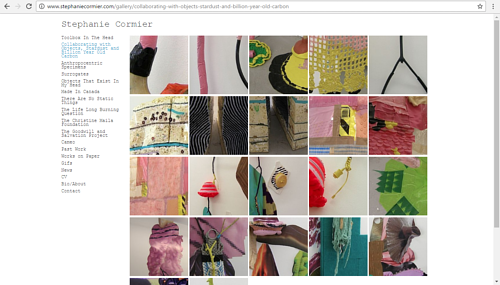 The artist has another series entitled Collaborating With Objects, Stardust and Billion-Year Old Carbon, the title of which seems to nicely sum up her practice. These bizarre objects are lent context by the fact that the artist herself has intervened. 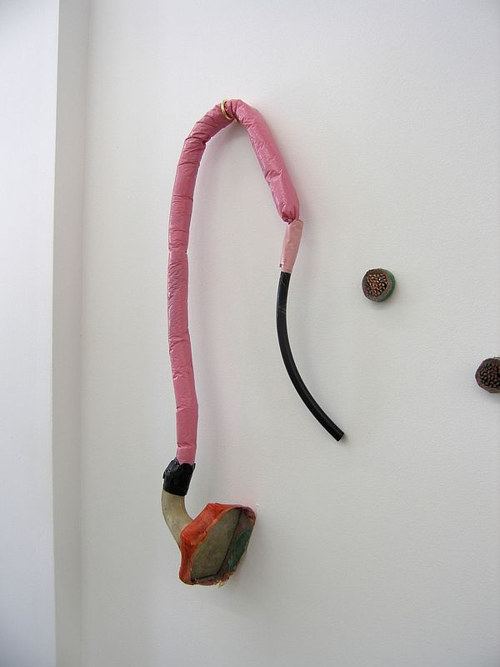