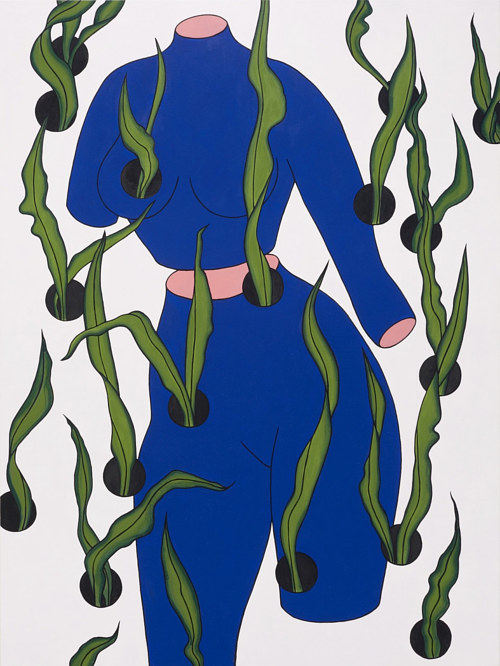 Caitlin Keogh is a painter and illustrator who’s symbolically figurative works dredge up the uncomfortable parts of fashion and femininity. 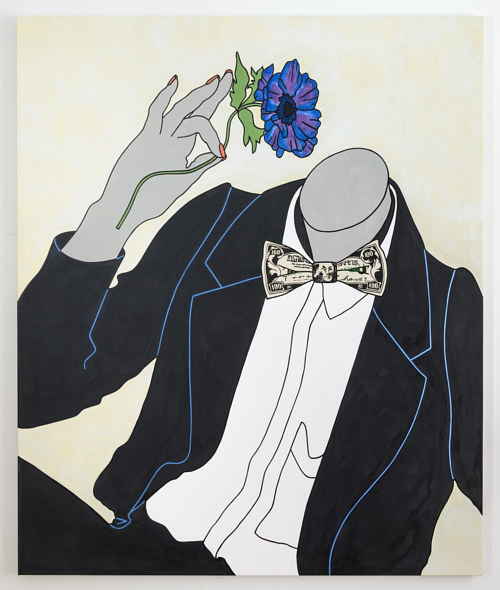 Female figures often appear in Keogh’s paintings, though they tend to be headless or otherwise removed from all humanity, becoming objects as much as any other items that appear in the images. The artist often makes visual allusions to fashion, both in terms of objects and specific design houses such as Dior. The flat, opaqueness of the imagery lends itself to being read as such, as though something sinister is hiding behind these simplified bodies.

I’m really impressed with the technical skill that is present with Keogh’s works – at first glance one might guess that these are digital drawings, or at the very least inked illustrations, yet the artist’s portfolio boasts mostly acrylic paintings on canvas. Each work features smooth, hard black outlines and perfectly flat planes of color. There’s not a brush mark to be seen, which further removes the works from their humanity. 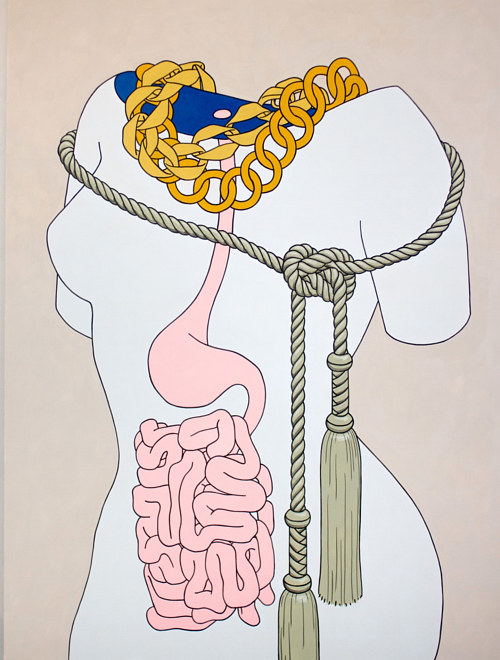 Intestine and Tassels, acrylic on canvas