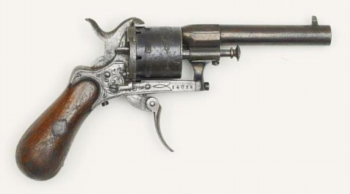 Christie’s has announced that it will be selling a weapon of attempted murder last used in the 19th century. A gun that served as the culmination of a well-documented feud between the French poets Verlaine and Rimbaud will go on auction in Paris in November, where it’s expected to sell for between $55,000 and $76,000 USD. Rimbaud and Verlaine, once inseparable friends, began a series of vicious arguments after travelling to London in 1873. After Rimbaud announced he would be returning to Paris alone, Verlaine attempted to shoot him, but only managed to hit him in the wrist. 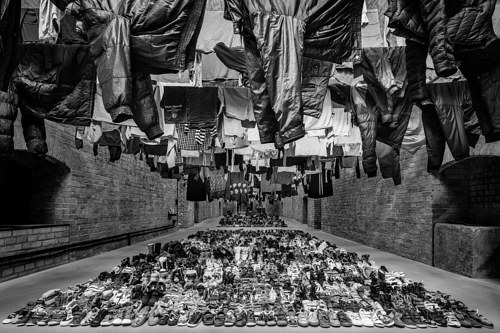 The New York Times features an article about Chinese artist and activist Ai Weiwei, whose newest exhibition will feature the freshly laundered clothes and shoes of migrant refugees who were forced to evacuate their camp on Greek-Macedonian border. The artist collected 2,046 individual items that had been abandoned at the site, saving them from being bulldozed over. The exhibition, titled Laundromat, will showcase these items that the artist himself washed, ironed and hung on laundry lines that criss-cross the ceiling of the space at Deitch Projects on Wooster Street in New York. Weiwei notes that the subject matter here is important to him, as his own father spent 20 years in various labour camps.

In 1928, the U.K.’s first talking robot debuted at the Model Engineering Exhibition in London. Shortly thereafter, the robot, dubbed Eric, went missing. Now, staff and associates of the Science Museum in London have built a replica. The new Eric is the result of a successful crowdfunding campaign, and will debut as part of the museum’s upcoming Robots exhibition. Giles Walker, artist and robot builder, spent five months constructing this new version of Eric, using archival records as a reference. While the robot no longer runs on a spark-producing 35,000 volts, his outer shell is true to the 1920’s vision. 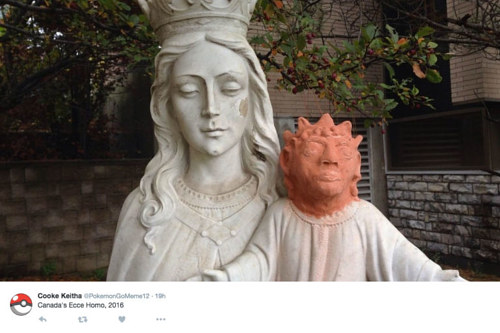 A statue of Mary holding the baby Jesus in a church near Sudbury, Ontario is being called the second coming of “Beast Jesus.” After the head of the baby was removed by unknown vandals, the church hired an artist to sculpt a new head, as replacing the statue would cost up to $10,000. The unnamed artist replaced the head with a lump of terracotta clay placed directly on the statue’s neck. The resulting sculpture is disfigured in a way that looks remarkably similar to Cecilia Gimenez’ memetic botched restoration of a 120-year-old fresco portrait in a Spanish church.