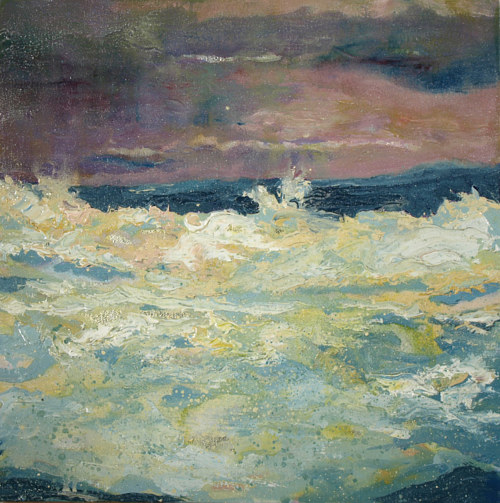 Sandra Martin is an OCAD graduate and mixed media artist. Sandra’s current work focuses on the ocean and wave formations, using a technique of layering silver leaf and dilute oil paint to echo the materiality and near-abstraction of the ocean.

Sandra’s ocean-inspired artworks are being collected into a series called Wavewatch. I find the works in this gallery quite stunning, both individually, and as a series. Each seems to have its own distinct color scheme, echoing the ocean reflecting the sky at different times of day – deep, reddish orange at sunset, pale blues, greens and greys in a storm. As Sandra notes in her artist statement, each work tries to capture the moment when depicting the waves becomes nearly an exercise in abstraction. 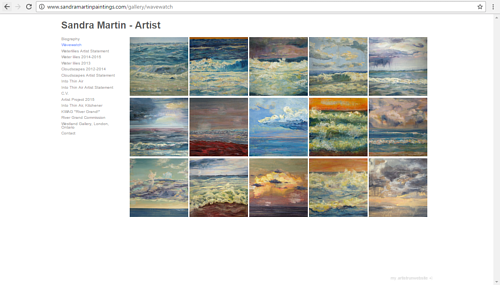 In our last feature of Sandra we looked at her paintings of water lilies, the series she was focusing on at the time. While her ocean-based works are quite different in appearance, they definitely share a number of motifs, including the artist’s use of metallic leaf. I find this an interesting choice that Sandra deploys quite effectively, creating just the right amount of subdued sparkle to catch the light, as real water would. 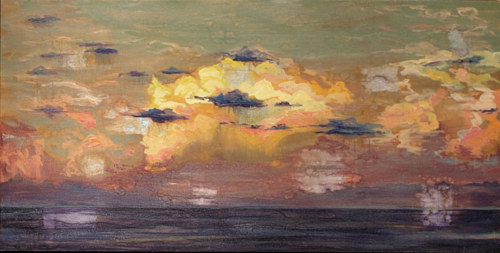