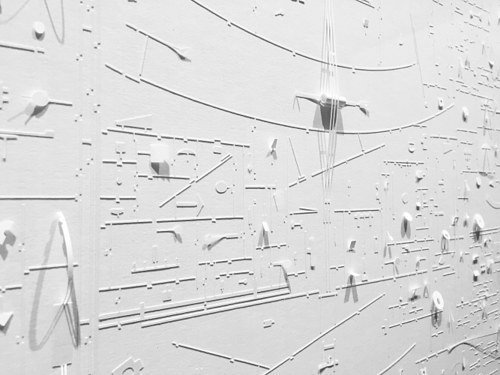 Marco Maggi was born in Montevideo, Uruguay, and now splits his time between Uruguay and New York. The artist’s works act like obtuse categorizations and utilize mundane and temporal materials including office paper, tinfoil and apples. 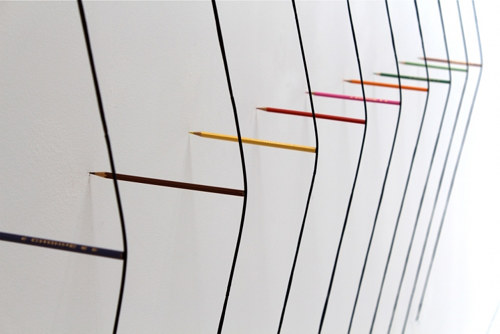 I enjoy Maggi’s paper works – they tend toward minimalism and have a somehow peaceful feeling, though upon closer inspection they are actually quite busy. Some of Maggi’s works, particularly the paper ones, remind me of the sort of architectural models one might see in a condominium showroom. There is fine, almost obsessive attention to detail in these, but each also has a businesslike, corporate mood.

The artist takes this aesthetic even further in three-dimensional works that incorporate plexi-glass boxes. Black and white paper, cut in specific but odd designs and folded in a very particular manner, becomes a structure that’s opaque both physically and conceptually – though leaving much open for interpretation. 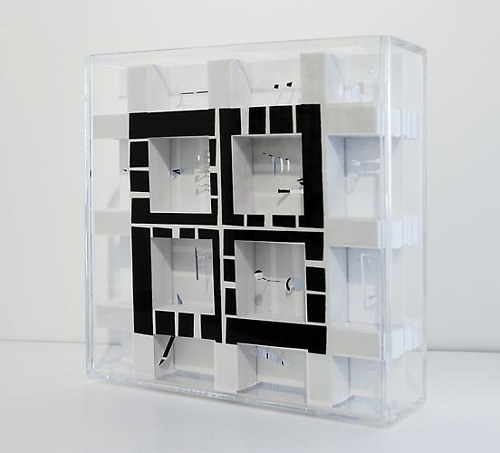 Turner Box: Complete Coverage on Oiticica (metasquema), side B, cuts on 500 pages, plexiglass