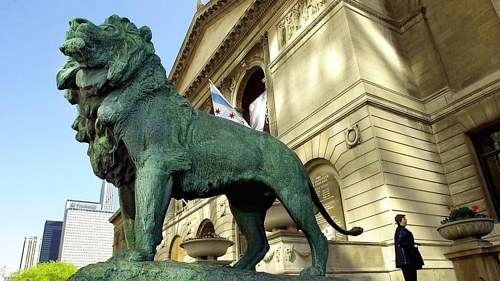 The Art Institute in Chicago is expanding its free admission program to include high-school aged teens. Currently, the Institute offers free admission to children up to 13 years of age. Thanks to a sizeable donation by Kansas-based philanthropists Glenn and Claire Swogger, teens aged 14 to 17 will also get into the museum for free, starting in the new year. The Swoggers, devoted fans of the Art Institute, felt that the donation would be a good way to open the museum’s doors to more young people, who “usually don’t have a lot of change in their pockets.” While the amount of the gift has not been revealed, reports state that it is enough to continue this expanded free admission for 25 years. 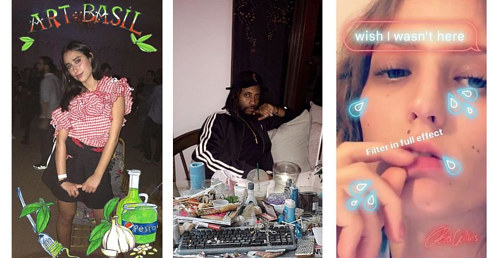 As part of Miami Basel last week, the popular photo-sharing app Snapchat enlisted a number of artist to create custom art geofilters. Geofilters are special filters that Snapchat users can place over photos -unlike regular Snapchat filters, geofilters are location-specific. Artists including Chloe Wise, Jon Rafman and Petra Collins created custom works of art that visitors to the Miami fair could place over top of their own photos. While this isn’t the first time Snapchat developers have collaborated with artists, it is the first time that the resulting filters have comprised a curated collection of sorts. 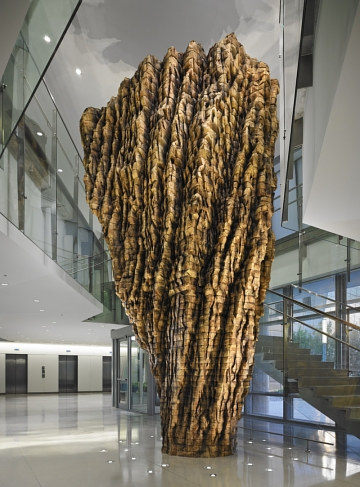 A cedar sculpture by Brooklyn-based artist Ursula von Rydingsvard is embroiled in a controversy involving a rash of illnesses among employees at a federal building in early 2015. The FBI commissioned the sculpture from the artist for $750,000. Shortly after its installation, 17 FBI agents fell severely ill, with a number requiring hospitalization. The sculpture, titled Cedrus, is a 17-foot tall vortex made from cedar that the artist imported from Vancouver. While a number of reports blame the illnesses on allergic reactions to the cedar dust being emitted by the object, research done by Federal Occupational Health has failed to find any connection between the illnesses and the sculpture. Unfortunately, the work was still uninstalled and now hangs in limbo in a warehouse. 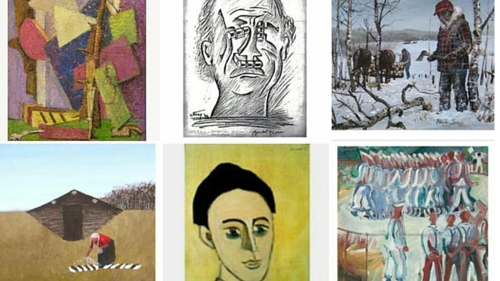 Instagram has shut down an artist’s account – at the request of the National Gallery of Canada. The artist, Jay Isaac, was running an Instagram account with the name @nationalgalleryofcanada, posting artworks by a wide range of artists both famous and completely unknown. According to Isaac, his Instagram account was meant to comment on the exclusive nature of Canada’s government-funded arts and culture industry. According to the gallery, however, Isaac’s account was confusing for potential National Gallery visitors, and bordered on copyright infringement. After blocking Isaac’s account and complaining to Instagram, the National Gallery got their wish.