Room for the Unexpected: Art by Diana Lynn 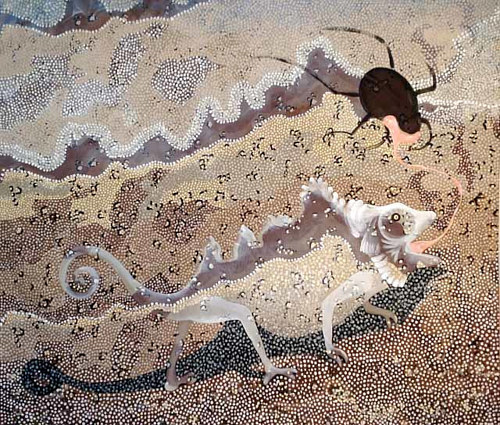 Diana Lynn creates installation, painting and photography while leaving room for the unexpected in each work. The subject matter of Diana’s works is subtle and often blends recognizable imagery with more intuitive concepts. 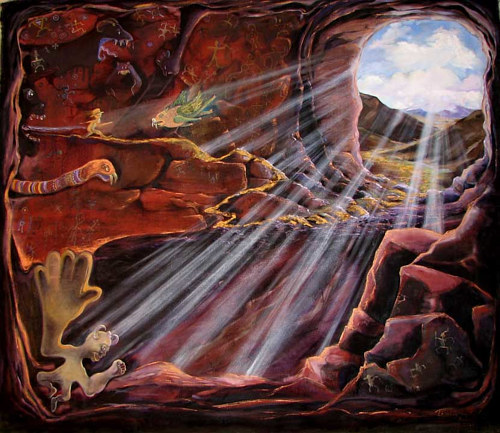 Leaving my father's house, acrylic and oil on canvas

In her current series, Revealed, Diana is creating paintings of animals on a substrate of camouflage-patterned cloth. While the camouflage pattern is only subtly visible once covered in paint, knowing that it’s hidden there, under the painted image, is enough to add an interesting layer of thoughtfulness to the viewing experience. Stylistically, the works in the series thus far have an aesthetic that seems to reference ancient, traditional painting styles with a focus on defined shape and central figures. 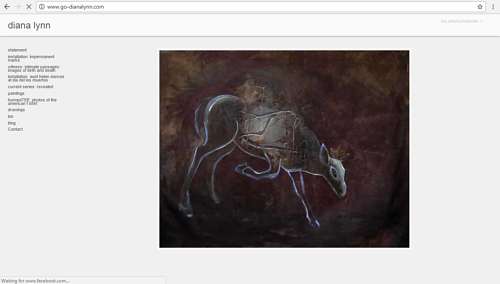 Recently Diana spent also some time working with photography, creating a series titled Witness: Intimate Passages of Birth and Death. These stark portraits of people in vulnerable moments are reminiscent of some of Michael Matthew Woodlee’s works, in which figures in mundane spaces stare into the camera lens, and at the viewer.

Tired (From the series Witness: Intimate Passages of Life and Death)