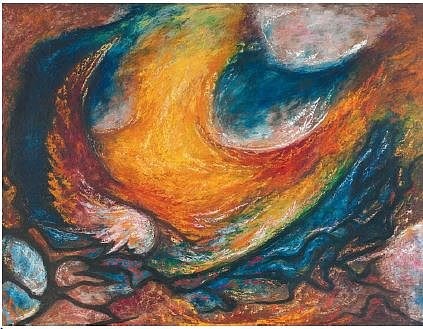 The Sounding of the Seventh Angel

David G. Taylor was a Canadian artist and art educator who created spiritually symbolic paintings that were occasionally controversial during his lifetime. Taylor was born in Toronto and later moved to Montreal. 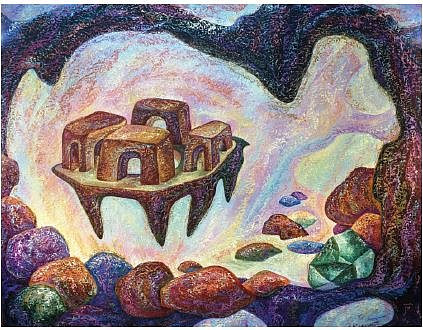 The Bird and the City

I find that David’s paintings are imbued with a great sense of emotional depth. Though the majority of them could be described as abstract, each seems to express forms that call upon the viewer to identify them as symbols or signifiers of some figure, whether real or mythical. The artist tended toward a very earthy palette, using warm colors and thick, textural layers of paint to create his complex works. 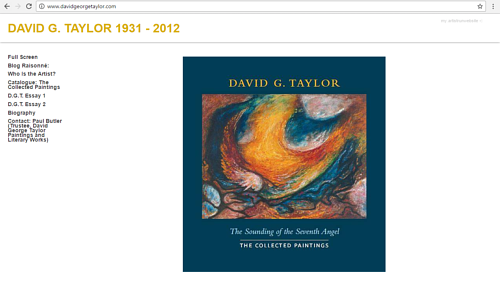 The front page of the website dedicated to David

The images are frequently painted in a sweeping, gestural manner that creates a wonderful sense of movement. Each one invites the viewer into a meditative experience in tracing the path of each brush stroke around the canvas. After achieving a degree of success in academia, David constructed a studio that featured numerous windows and skylights, and I can imagine the constant influx of bright, natural light being a major inspiration for these works. 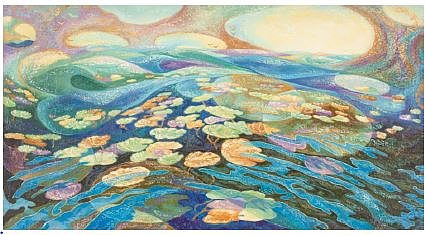