Bill Campbell was born in Quebec and has traveled and exhibited his work both in Canada and in several Japanese cities. In his artwork, Bill focuses on creating self-contained, non-referential artworks that celebrate the interactions between the medium and the substrate.

Bill’s gallery of mixed media on canvas works is quite fascinating when seen through the lens of Bill’s method of working. Each artwork in this series is made up of both painted and apparently collaged elements. Cut-out images that might once have been photographs - cropped so as to remove all recognizable symbols – are layered and interact with elongated, curving, yet hasty brush marks. In each of these works the artist seems to select a distinct color scheme, keeping his materials in line with the choice, though each offers its own variations in pattern and texture. 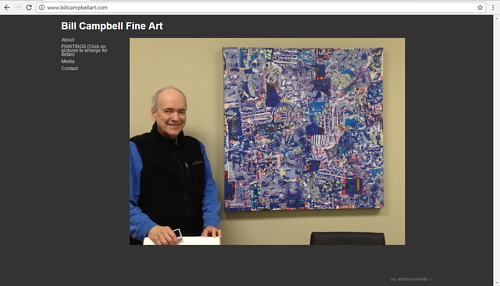 I also quite enjoy Bill’s grid paintings – each surface is divided by blank space into nine even squares, each containing an abstract artwork as busy as some compositions by Robert Schroeder, for example. Despite the color and movement of each square, these compositions seem calm, meditative and contained. 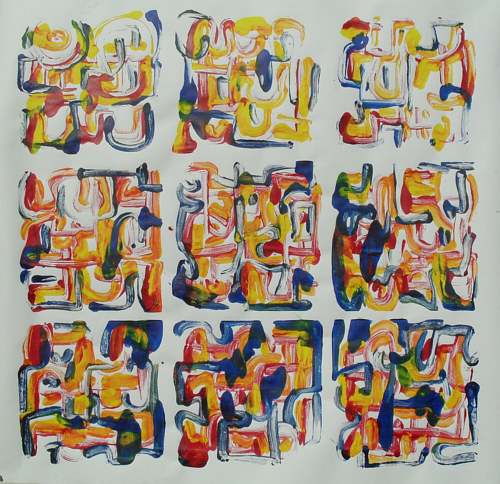