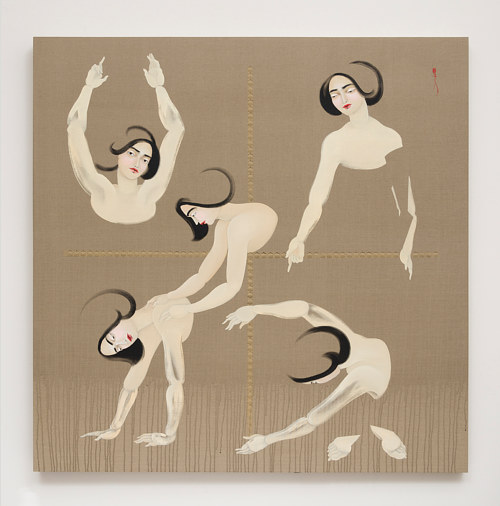 Ask one prisoner to come close to translate for another, oil on linen

Hayv Kahraman was born in Baghdad, Iraq, and is now based in Los Angeles. Her artworks often express her early experiences as an Iraqi refugee and the shifts in identity associated with coming to the United States. Kahraman’s works take the form of figurative paintings and abstract sculptures, with occasional overlap between the two styles. 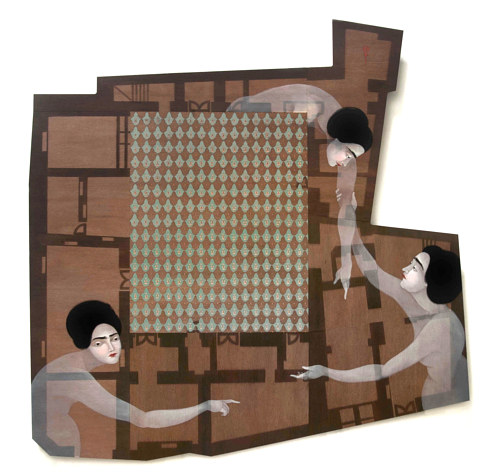 Kahraman often employs a soft, blended style of painting with figures that often seem like deeply personal self-portraits or reflections of the artist. The figures are often quite pale and laid onto the surfaces of the works in thin layers of paint, aesthetic choices that occasionally lend them a ghostly sensibility, as if they exist only as memories or dreams.

I find Kahraman’s Corporeal Mappings project an especially interesting work, and somewhat indicative of the objective of her portfolio as a whole. In this work, the artist created a three-dimensional map of her own body, slicing the map into rounded, two-dimensional planes, then putting these shapes back together in various new configurations. 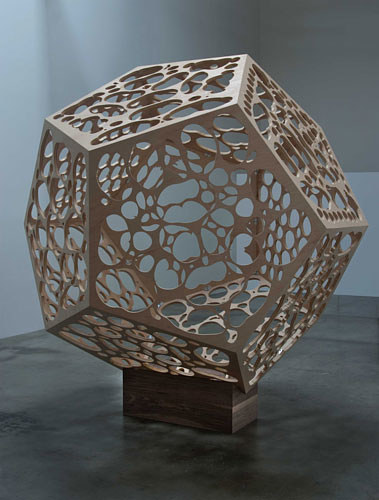