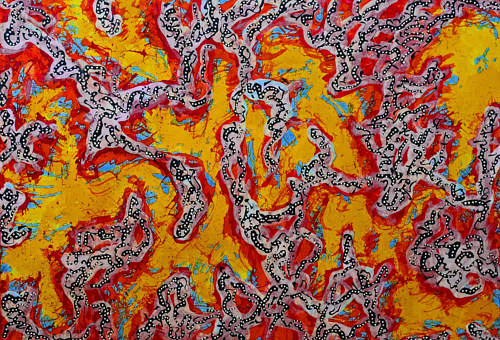 Ron Crowcroft is based in Woodbury, Connecticut, where he uses an improvisational, intuitive technique to create his works in a range of media. Ron’s works are almost always wildly colorful, drawing inspiration from abstract movements such as Dada and Fluxus. 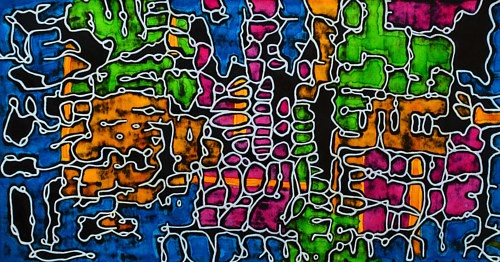 In Ron’s gallery of new works from 2017, abstraction and intense colors abound. Stylistically, the works are reminiscent of those by Franck de las Mercedes or Addison Paige. Many of the Ron’s 2017 works have the look of stained glass – so it’s no surprise that Ron has also created works on glass, painting similarly frenetic and tightly packed abstractions onto the surface, making slightly translucent patterns of complex color and line. 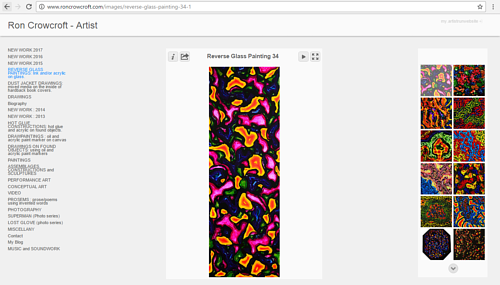 I also really enjoy Ron’s hot glue constructions – they do a great job of mixing his intensely patterned style into three dimensions. The artist coats every surface of an object in colored, snaking jumbles of raised glue. The resulting objects are extremely tactile and inviting. 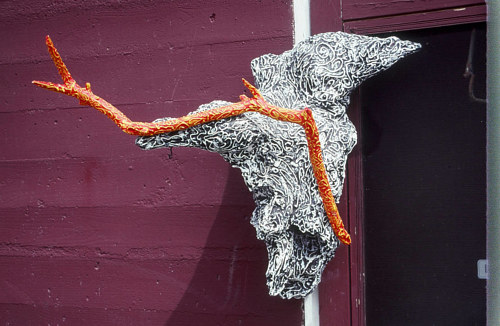